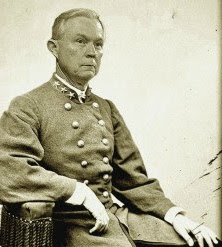 From Pink News:
Donald Trump’s Attorney General Jeff Sessions has refused to say whether he would allow government workers to discriminate against same-sex couples.
Sessions, a hardline opponent of LGBT rights, has worked over the past few weeks to undermine protections for LGBT people across the federal government, in a series of decisions reversing Obama administration guidance.
And during his hearing with the Senate judiciary committee, he fell into an awkward silence when confronted over his approach to LGBT rights.
Senator Dick Durbin, the Senate Minority Whip, asked: “Could a social security administration employee refuse to accept or process spousal or survivor benefits paperwork for a surviving same-sex spouse?”
After four seconds of silence and a particularly cringe-inducing noise, Sessions finally responded.
“That’s something I’ve never thought would arise,” the Attorney General said with a smirk on his face.
“I’ll have to give you a written answer to that, if you don’t mind.”
Durbin followed that up by asking: “Could a federal contractor refuse to provide services to LGBTQ people, including in emergencies, without risk of losing federal contracts?”
The Attorney General replied that again, he would need to respond later, in writing.

Sessions issued a directive last week protecting “the right to perform or abstain from performing certain physical acts in accordance with one’s beliefs”, granting an unlimited license to discriminate against LGBT people based on religion.
Under his leadership, the Justice Department has rolled back civil rights protections for transgender people, and has also made an uninvited intervention into a discrimination case this year to argue against discrimination protections for gay employees.
And it emerged that his actions were taken after extensive consultation with Alliance Defending Freedom, a listed anti-LGBT hate group that has lobbied to undermine LGBT rights across the US.
Sessions’ Department of Justice is helping to investigate the murder of 16-year-old Kedarie Johnson, who was shot to death last year in Iowa.
However, Kedarie’s mother Katrina said while she “loved” that the DOJ had intervened, “it shouldn’t have taken for a child to lose his life, and for everybody to think it was a hate crime, for them to step up and do something”.
She said “they need to do it for all” LGBT people.
And pro-LGBT law firm Lambda Legal accused Sessions of a “cynical publicity stunt” by seeking positive coverage for simply following the precedent set by the Obama administration.

Director of Strategy Sharon McGowan said it was “the height of cynicism for Attorney General Jeff Sessions to use this – frankly rare – instance of civil rights enforcement under his tenure to deflect from the current department’s sustained opposition to its historic mission.
“No-one in the Trump administration has done more to harm LGBT people, and especially transgender people, than Jeff Sessions – and in a government chock full of anti-LGBT appointees, that is saying a lot.”