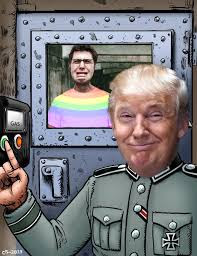 The U.S. Department of Health and Human Services (HHS) on Thursday announced a new Conscience and Religious Freedom Division in the HHS Office for Civil Rights (OCR).
The announcement was made at an event held at HHS headquarters.


The newly formed division is being tasked with ensuring that health care workers with religious or moral objections are allowed to opt out of certain procedures.
The move is likely to please Christian conservatives and other supporters of President Donald Trump.
The HHS Office for Civil Rights is headed by Roger Severino. Acting secretary of HHS Eric Hargan and Severino led Thursday's announcement.
LGBT rights advocate GLAAD criticized the move.
“Denying a transgender person – or any person – life saving care if they walk into an emergency room is far from a moral act, it is unjust and dangerous,” GLAAD President and CEO Sarah Kate Ellis said in a statement. “Trump, Vice President Mike Pence, and Trump’s appointees have tried time and again to establish blatantly bigoted policies that harm transgender and gender non-conforming Americans, and history will neither forget nor forgive this Administration’s attacks on its own people.”
GLAAD also pointed out Severino's long record of opposition to LGBT rights, including opposition to same-sex marriage and transgender rights and support for therapies that attempt to alter the sexuality or gender identity of a lesbian, gay, bisexual or transgender individual He's defended his opposition to LGBT rights by saying that he's acting out of love.
In a statement, the National LGBTQ Task Force said that the new division is about “legalizing discrimination.”
“We are not fooled: The new office announced this morning is meant to make it easier for people to discriminate, not to protect people of faith,” said Rea Carey, the group's executive director. “Health professionals have a duty to care for all their patients regardless of one's gender identity, sexual orientation, faith, creed, race, political views, gender, or disability, and no one should be denied care for being who they are.
The Transgender Law Center (TLC) predicted that the new policy could cost lives, adding that it would sue the administration.
“The agency charged with protecting our health is now inviting providers to deny life-saving medical care to people based on who we are. Once again, the Trump-Pence administration has shown they will do everything in their power to undermine the health and survival of transgender people. We will see them in court,” said Kris Hayashi, the group's executive director.
Posted by Ulf Raynor at 2:59 PM