Do Unto Others Before They Do Unto You 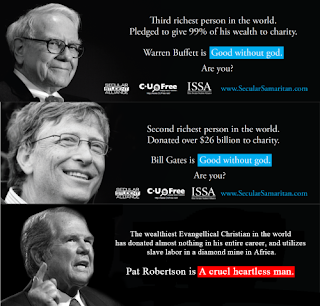 Christian conservative Mat Staver last week lamented the nomination of an openly gay judge to serve as chief justice of the Connecticut Supreme Court, saying that gay judges could not remain objective in cases involving religious liberty for Christians.
If confirmed to the post, Andrew McDonald would become the first openly gay chief justice on any state court in the nation.


Staver, who helms Liberty Counsel, made his comments on VCY America's Crosstalk radio program.
“Here’s the problem with it beyond the issue of the morality of this. Beyond the issue of other consequences is the fact that what we typically see is someone’s identity, their being, completely wrapped up in their sexual practices, meaning that – do you think that if you had an Aaron and Melissa Klein or a Jack Phillips bakery or anything else like that where you have the LGBT clash with religious freedom or freedom of expression come before this judge, do you think this judge is going to be open and fair irrespective of what he does to rule based on the Constitution and the rule of law? I don’t think so,” Staver said, referring to recent cases involving bakers who refused to serve gay couples.
“This is a real problem because what we are doing is we’re putting somebody on a bench who is siding with their personal identity.”
“The question is: are you going to get a fair shake out of this individual who identifies as someone based upon his sexual practices, who is identified and identifies himself based upon certain behavior?” Staver added. “Are you gonna get a fair shake? I don’t think so. So that is a real problem in this nomination of this appointment of this individual.”

Of course, what this idiot fails to see, if we were to apply his logic, then no religious person should be allowed to hold such a position either since they might be tempted to usurp secular law and supplant it with religious dogma (a far more likely scenario).
No, what Staver fears the most is the beginning of a judicial system becoming more balanced in it's views and less partial to religious indoctrination, bias and influence.