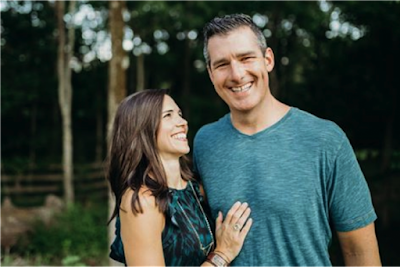 A pastor who preaches that being gay is sinful has admitted a “sexual incident” with a minor, and got a standing ovation for it from his congregation.
Pastor Andy Savage has attacked homosexuality and advocated for the use of ‘conversion’ therapy to attempt to change the sexual orientation of minors. ﻿

“I was scared and embarrassed, but I did it. I remember feeling that this must mean that Andy loved me. He then asked me to unbutton my shirt. I did. He started touching me over my bra and then lifted my bra up and began touching my breasts.”
She wrote that the incident took place when Savage was a college student and was working at a Baptist church in Houston.
Going on, she said Savage told her not to discuss the incident with anyone.
She wrote: “I couldn’t concentrate at school. I couldn’t think about anything else… The fear, shame, anger and hurt consumed me.”

After she approached church leaders, Woodson said she was told to stay silent and that it would be internally investigated.
“I had to report this. Little did I know, the very people I was about to entrust to protect me and help me would not only victimize me all over again but would also engage in a cover up to protect my abuser and the image of the church,” Woodson added.


And Woodson says she approached Savage last year when she saw the #MeToo movement take off, and asked why he was tweeting in defense of alleged sexual abusers like Matt Lauer.
“So saddened to hear of another high-profile person in the midst of sexual misconduct allegations,” Savage had tweeted. “It’s beginning to seem that sex on our own terms isn’t working. Go figure.”
Woodson says Savage refused to respond to her which is why she published her public blog post.
But in a shocking twist, Woodson admitted to the “sexual incident” to his congregation on Sunday, and was greeted with a standing ovation.

He said he was taking “full responsibility” for the incident but did not specify how.
Savage added: “I was and remain very remorseful for the incident and deeply regret the pain I caused her and her family… as well as the pain I caused the church and God’s Kingdom.”
He also said in a statement published on the Highpoint website saying it had been “dealt with” two decades ago.
Chris Conlee, the head pastor at Highpoint, also spoke and church leaders had been aware of the accusations.
But he said that they stood with Savage and that he had taken “every step to respond in a biblical way.”

“Our responsibility is that we must take God’s side,” said Conlee.
“Now what is God’s side? Does God want us to criticize people? Does he want us to criticize Andy and discount what confession, forgiveness, and repentance is all about, and about the fruit that is in keeping with that?”
Woodson responded to the standing ovation saying it was “disgusting”, reports the New York Times.
Savage has released a ‘Sex Nation’ series of videos in which he attacks gay people.

And according to the church’s website, it is advisable to apply “compassion without compromise” when interacting with gay people.
Posted by Ulf Raynor at 2:55 PM