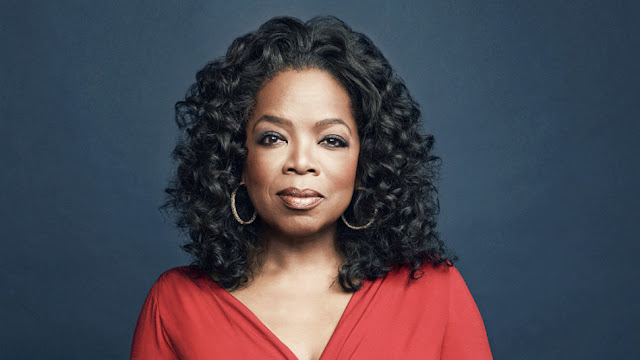 From Pink News:
Oprah Winfrey is considering running for US president, friends of the billionaire star have confirmed.
The news comes after Winfrey was widely praised for her speech on gender equality to the 75th Golden Globe awards. ﻿


Fans and allies have speculated on whether she would run for the top job in recent years, but Winfrey herself has always been reluctant to say.
Now two of her closest friends have spoken to CNN about her ambitions for the first time.
The friends – speaking anonymously with the news outlet – revealed Winfrey is “actively thinking” about running for president in 2020.
Some of Winfrey’s confidants have been privately urging her to run, the sources said.


The friends also revealed that a presidential run is not a recent idea, and the OWN TV channel boss had been considering a run for several months.
Winfrey, who is a strong supporter of LGBT rights, campaigned for Barack Obama in 2008 and 2012, and endorsed Hillary Clinton in 2016.
During Clinton’s campaign, she discussed the prospect of a female president and said “America, it’s about time that we made that decision.”


In 2017 she confessed that her view of the presidency was evolving in the wake of Donald Trump’s victory.
Winfrey added that she had always thought the job would require far more experience than she had – but has recently changed her mind.
“It’s clear you don’t need government experience to be elected president of the United States”, she said.
“That’s what I thought,” she continued. “I thought, ‘Oh, gee, I don’t have the experience, I don’t know enough.’ And now I’m thinking, ‘Oh.'”

Last night the media mogul spoke out as she became the first African-American woman to be awarded the Cecil B. DeMille Award at the Golden Globes.
The honorary award is given to performers for their “outstanding contributions to the world of entertainment” at the annual movie and television awards show.
Addressing the glitzy awards show, Winfrey said: “It’s not lost on me that at this moment, there are little girls watching as I become the first black woman to receive this award”.
The TV and movie star also praised the work of the Hollywood Foreign Press Association.

“We all know that the press is under siege at the moment,” Winfrey said.
“I want to say that I value the press more than ever before.
“Which brings me to this: What I know for sure is that speaking your truth is the most powerful tool we all have.
“I’m especially proud and inspired by all the women who felt strong enough and empowered enough to speak up and share their personal stories.”
Posted by Ulf Raynor at 3:01 PM