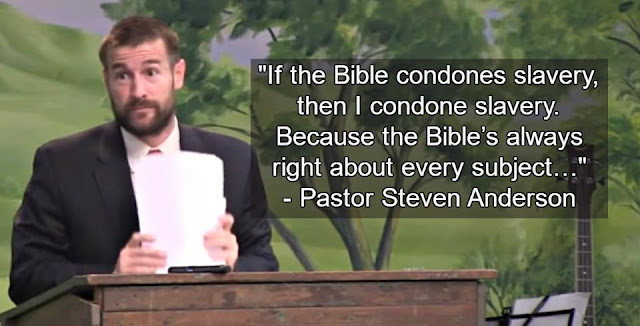 Jamaica has banned homophobic pastor Steven Anderson from the Faithful World Baptist Church in Tempe, Arizona.
Anderson said in a video posted on YouTube that he was told of the decision to bar him from entry as he was about to board a flight in Atlanta to Kingston.


LGBT activists had called on the government to deny Anderson entry. He has previously been denied entry to South Africa, Canada, the United Kingdom and Botswana.
“The decision was made by the chief immigration officer because the pastor's statements are not conducive to the current climate,” a spokesperson for the Ministry of National Security is quoted as saying by The Guardian.
Anderson was initially invited to speak at the University of West Indies, but that invitation was also rescinded.
Anderson first made headlines in 2014 when he told his congregation that an AIDS-free world is possible “if you execute the homos like God recommends.” In various interviews he added that the Bible commands the government to execute gays.
The following year, he cheered the deaths of 49 people who died in a mass shooting in a gay nightclub in Orlando, Florida. “The good news is that at least fifty of these pedophiles are not going to be harming children anymore,” he said in a video. “The bad news is that a lot of the homos in the bar are still alive, so they’re going to continue to molest children and recruit people into their filthy homosexual lifestyle.”
Anderson said in a video this week that he was surprised that Jamaica had denied him entry because it's “the most homophobic nation” on the planet. He also blamed the U.S. and U.K. for pressuring the Jamaican government to act. “The people of Jamaica are not pro-homosexual at all, but apparently that agenda is just going to be crammed down their throat, whether they like it or not,” he said.

Only in America can a religious leader instruct his patrons to subjugate and murder minorities and maintain a tax free status while doing so.