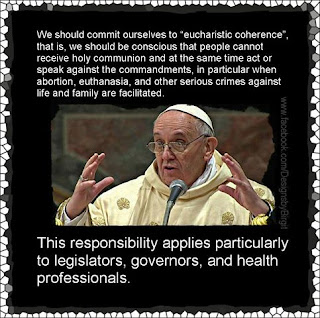 In the longest and most important speech of his four-month pontificate, Francis took a direct swipe at the "intellectual" message of the church that so characterized the pontificate of his predecessor, Benedict XVI. Speaking to Brazil's bishops, he said ordinary Catholics simply don't understand such lofty ideas and need to hear the simpler message of love, forgiveness and mercy that is at the core of the Catholic faith.
Francis asked if the church today can still "warm the hearts" of its faithful with priests who take time to listen to their problems and remain close to them.
"We need a church capable of rediscovering the maternal womb of mercy," he said. "Without mercy, we have little chance nowadays of becoming part of a world of `wounded' persons in need of understanding, forgiveness and love."
Francis' target audience is the poor and the marginalized – the people that history's first pope from Latin America has highlighted on this first trip of his pontificate. He has visited one of Rio's most violent slum areas, met with juvenile offenders and drug addicts and welcomed in a place of honor 35 garbage collectors from his native Argentina.
Yup, the Pope is out running for supreme omnipotent master of space and time, believing (like every Pope before him) he has the divine right to blackmail politicians, legislators and anyone else who refuses to conform too his specifications and interpretations of scriptures.
Your speech had a lot of pretty words in it Francis, but not one word of inclusion of gays in your grand vision.
Hope you got that Westboro Baptist church *God Hates Fags* t-shirt I sent ya, hope to see ya in it in your next catholic clan rally.
Posted by Ulf Raynor at 1:41 PM

For us catholics, the Pope is the Pope. A matter of faith. Gayness isn't a sin, is a natural condition.

Hmm, then how do you reconcile the fact your leadership and your religion thinks your *broken* and the only way you can please God is by renouncing who you are and lead a celibate life?

Dear Ulf: Men are a benediction. In my heart does not to rule the bishops. I do not want gay marriage neither children. I want love and cock. I am reasonably happy. Forgive my bad english.

All beauty and power to you, but please recognize the fact that a lot of gay men and women DO want marriage and even children and who knows, maybe someday, you will as well.