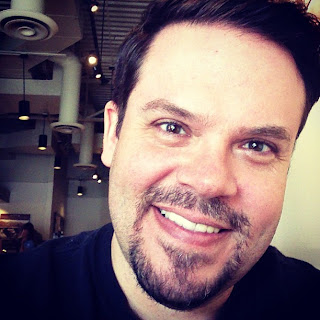 In June, controversial "ex-gay" Christian therapy group Exodus International announced it would be closing, and its president, Alan Chambers, posted an apology to anyone in the lesbian, gay, bisexual and transgender community who had been hurt as a result of the group's methods. Now it appears a second member of the group has posted his own apology for being part of what he calls a "hurtful echo chamber of condemnation."
Randy Thomas, a former executive vice president at Exodus and an ordained minister, published a lengthy post on his website Tuesday. Reflecting on Chambers' apology last month, Thomas writes that he, too, has "been taking a personal moral inventory," after the suicide of a friend and former lover, whom Thomas calls "Michael."
Thomas said that a limited understanding of public policy had given him an "uncritical perspective [that] contributed to the hurt that many LGBT persons were already feeling."
"I participated in the hurtful echo chamber of condemnation. I gave lip service to the gay community, but really did not exemplify compassion for them," he wrote. "I placed the battle over policy above my concern for real people. I sometimes valued the shoulder pats I was given by religious leaders more than Jesus’ commandment to love and serve. That was wrong and I’m disappointed in myself. Please forgive me."
Thomas also admitted he had "allowed [his] conscience to be numbed."
His post ended with an apology for "idealizing and reinforcing the institutional groupthink of Exodus" while "remaining publicly silent about the hurt caused by some of Exodus’ leaders and actions."
I'm telling you, Exodus isn't dead, it's repackaging and like Chambers, this asshole is in on it.
They are forming a new ministry based foundation, that will lure (for a sizable donation) even more gay men into reparative therapy...they just won't be saying they can cure you now, just that they can help you fight those horrible, evil, sinful faggot urges and devote your celibate life to Jesus and of course their antigay ministry bank accounts.
As for you Randy Thomas, I'll consider forgiving you (if your sincere) after everyone you have ever harmed forgives you, that of course also includes every dead gay man (your dead lover Michael as well) that committed suicide because of your self loathing lunacy.
Until that happens (just a reminder, as you yourself have told so many homosexuals, everything's possible if you just love Jesus enough) go fuck yourself you evil, soulless bastard.
Posted by Ulf Raynor at 5:14 PM

The comments you make after the articles you post are always spot on. Sometimes they are exactly what I'm thinking, like this one. Peace!

Yeah, me, too. I had already read this story elsewhere so I went directly to your comment and you nailed it!