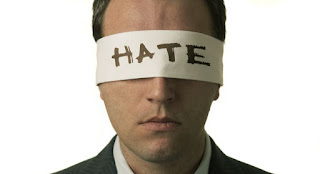 Germany’s highest-ranking cardinal has said the state cannot redefine marriage, as it is not a state-made institution.
Reinhard Marx, chairman of the German Bishops’ Conference and serving the Archdiocese of Munich and Freising, spoke at the Catholic church’s traditional St Michael-reception in Berlin on Tuesday evening (9 September).
Chancellor Angela Merkel, as well as other high-ranking politicians and representatives of the Central Council of Jews in Germany and various Muslim associations, attended the reception.
‘Human dignity is not state-made, it’s not made by the constitution, which is why neither the constitution nor the state can pass judgment on it,’ Marx started the segment of his speech focusing on marriage and families.
‘And this also applies to the topic of marriage and family.’
Without mentioning the words marriage equality, or directly talking same-sex marriage, Marx instead referenced the ‘discussions prevalent before the [summer] holidays, which may return’.
After the Irish marriage equality referendum in May 2015, the discussion about granting same-sex couples full marriage equality has gained momentum in Germany.
‘The state of course has to overcome discrimination; I think that is, as part of a well-understood enlightenment, a positive development towards man’s freedom, important,’ Marx said.
‘But the state cannot give marriage a new definition.’
The cardinal argued that this was not a church-internal concept, but that marriage came before the state and the ‘relationship between man and woman, which is open for children’ was most Germans’ wish – which is why it should be granted special protection.
‘Marriage precedes the state, and it is necessary: this institution is necessary for the survival, for the future of society,’ Marx said.

‘And that’s why the state doesn’t just hold the right to, but is responsible for, protecting this area in a special way.’

First of all, marriage of any kind predates not only Christianity and the Catholic Church, but it also predates Judaism and Islam.
For years I have had German friends who tell me how accepting the German people are of gay people, how tolerant they are and knowing the people telling me this, I have no doubt they believe what they say, but at the same time, I also know how extremely Catholic the country is and though large cities like Berlin may be very tolerant of homosexuals, I'm absolutely certain, the bulk of rural Germany is still very anti-gay, I feel I can say this, by the way the country votes and it is very, very conservative.
Germany may have been in the forefront of granting civil unions to gay people, but since then, they have done nothing in the way of achieving full marriage equality and maintain a governing body adamantly against it, most citing religious reasons, just like this cardinal.