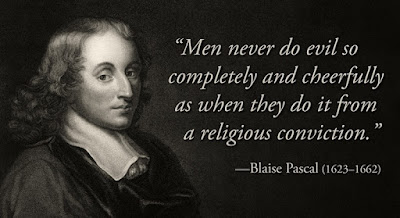 ‘Since I am a pastor of a southern Baptist church please allow me to weigh in on the case of Kim Davis, the lady in Kentucky who refuses to issue a marriage licenses to a same sex couple.


First: This is not a case of the government forcing anyone to violate their religious belief. She is free to quit her job. If she quits her job to honor God surely God would take care of her.
Second: This is not a case of someone trying to uphold the sanctity of marriage. If she wanted to uphold the sanctity of marriage she should not have been married four different times. If she is worried about her name being affixed to a marriage license that goes against a biblical definition of marriage, she should not have her name on the last three marriage licenses given to her.
Third: This seems to be a case of someone looking to cash in on the religious right. Churches all across the south will throw money at her to come and tell congregations how the evil American government put her in jail because of her faith in Jesus.
This is why we are losing.
This is why people have such disdain for evangelicals.
Not because we disagree but because we don’t take the bible seriously. If ever there was a case of “he who is without sin cast the first stone”, this is it. If ever there was a “take the log out of your eye” moment, this is it.
We must stop looking to the government to make America a Christian utopia. Our kingdom is not of this world.  We must abandon all thoughts of fixing others and let Jesus fix us.
If we want sanctity of marriage then stop cheating, stop having affairs, stop looking at porn, stop getting divorces. That is the way for the church to stand up for the biblical definition of marriage, not by someone martyring their self-righteous self.’

the man is a credit to his church and profession

unfortunately good sense, logic and reason have no part to play when it comes to bigots like Davis

That was an unexpected and refreshing voice. I bet his congregation crucifies him.