A Closet Case Says What? 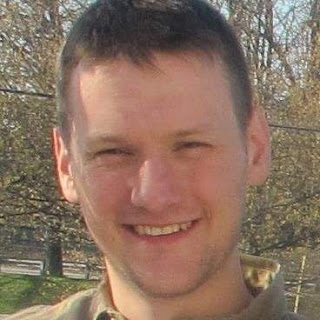 
He wrote: “DONALD TRUMP. Putting self-righteous faggots in their place since 1993. How I love this fellow.”
But despite calls for him to step down from Democrats in the state, the GOP candidate mocked those that were offended.
He wrote: “SJWs [‘Social Justice Warriors’] have nothing but contempt for us and disdain for our values. But it’s important we never use any words that offend their sensibilities.
“Today I’m a ‘homophobe’. Tomorrow, an ‘Islamophobe’. Maybe an antisemite after that. The Left hasn’t had an original line of attack in years.”

In an online blog, the candidate claimed his comments were fine because he did not mean the word ‘faggot’ to mean gay.
He wrote: “The long and short is that I kicked over an SJW ant-hill in referring, in a tweet, to a certain politician as a faggot.
“The outrage-addicts of the internet swung into action to decry my use of an un-sayable word.
“The angle here is that the word ‘faggot’ is offensive to decent sensibilities because it’s a derogatory slang term for homosexual.
“That it has an even older slang meaning of ‘old woman’, or that in modern parlance it’s more often used to mean ‘obnoxious person’ (as was obviously the sense in which I meant it), were entirely immaterial.”
He continued: “Could there really be people who honestly interpreted what I said as a message of hate towards homosexuals?
“Part of me bristles at the thought; after all, anyone so culturally insulated that they didn’t already realize it could look up the word in urban dictionary to see that it most often carries a non-sexual meaning in its modern usage.”
He hit out at people who had complained about his language, adding: “People who don’t really care about context and are just jumping on the opportunity to claim victimhood status because they perceive it as conferring material advantage or moral authority.
“And to those people I refuse to cede any ground.”
Although Busiek told the State House News Service that he has no “enmity” towards gay people, he is against gay marriage, which has been legal in the state since 2003. On his site, Busiek also wrote, “Particularly distressing is a modern trend in Massachusetts of same-sex couples being allowed to adopt and raise children. We ought to prohibit this.”
Busiek also wrote to Republican Governor Charlie Baker, asking him not to sign the Massachusetts Transgender Rights Bill, stating:
"These perverts aren't who got you elected, and pandering won't make them your friends."

When not trying to get elected to public office, this pillar of the community works for a marketing firm.
One must wonder exactly what they market with this piece of human filth working for them?
Can't speak for everyone, but he smells like self loathing to me.
Bet he never misses an article or commentary written by (str8 acting) Guy Benson, or tired old cliches like Andrew Sullivan or Milo Yiannopoulus.