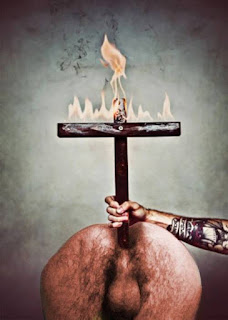 At the GOP platform held in Cleveland on Monday, an amendment sponsored by Family Research Council president Tony Perkins in the subcommittee on healthcare, education, and crime pushed for the practice of conversion therapy for LGBT individuals.

‘We support the right of parents to determine the proper treatment or therapy, for their minor children,’ the amendment said.

Perkins had initially drafted a more explicit embrace of the practice, reports Time, but amended the text after consulting the top officials of the Republican National Committee.

The amendment passed the subcommittee and subsequently the full committee.

At the platform, the Republican lawmakers also agreed that internet pornography is a ‘public health crisis.’

One of the provisions written: ‘Pornography, with it's harmful effects, especially on children, has become a public health crisis that is destroying the life of millions. We encourage states to continue to fight this public menace and pledge our commitment to children’s safety and well being.’

The GOP also voiced its opposition to same-sex marriage, asserting that marriage is ‘the union of one man and one woman.’

According to Time, the initial draft circulated on Sunday to committee members wrote: ‘Our laws and our government’s regulations should recognize marriage as the union of one man and one woman and actively promote married family life as the basis of a stable and prosperous society.’

It continued, ‘For that reason, as explained elsewhere in this platform, we do not accept the Supreme Court’s redefinition of marriage and we urge its reversal, whether through judicial reconsideration or a constitutional amendment returning control over marriage to the States.’

Washington, D.C. delegate Rachel Hoff, the first openly gay member of the committee, was reportedly close to tears while she fought for an amendment to revise her party’s language on same-sex marriage to allow for a diversity of views instead of strong rejection of the initial draft.

‘All I ask today is that you include me and people like me,’ she said.

Her amendment did not pass.

Cried? Stupid fucking bitch, you supported an anti-gay political party, embraced their bigotry as your own and NOW your moved to tears because they aren't listening to you?
Here's hoping you and every gay Republican are the first victims of their malevolent retribution should Trump win this fall.
Posted by Ulf Raynor at 5:22 PM

The whole idea of a gay republican seems like an oxymoron. Those Log Cabin gays really piss me off. HOW CAN YOU BE GAY AND REPUBLICAN?????