Ccongressman Sean Patrick Maloney: 'They should be ashamed' 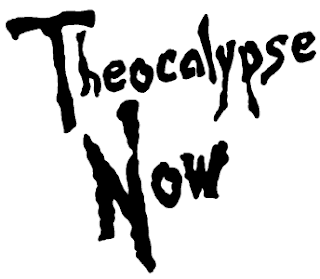 One month to the day after the massacre of 49 people inside a gay nightclub in Orlando, Republican lawmakers introduced a wide-sweeping anti-LGBT bill in Congress.

Idaho Congressman Raúl Labrador US Senator Mike Lee of Utah introduced the First Amendment Defense Act (FADA) in the US House of Representatives and the US Senate.

Despite the timing, a hearing on the measure was held, as scheduled, by the Republican-controlled House Oversight and Government Reform Committee on Tuesday (12 July).

It seeks to prevent federal government action against individuals and businesses that oppose same-sex marriage on religious grounds.

The proposed legislation would allow businesses to withhold benefits from LGBTI employees; allow companies to deny time off to an employee to care for a same-sex spouse; and permit housing discrimination against same-sex couples, according to the Human Rights Campaign.

A similar anti-LGBT measure signed into law in Mississippi was blocked last month by a federal judge who ruled it was a violation of the US Constitution.

Donald Trump, the Republican Party’s presumptive presidential nominee, has previously indicated he was in favor of FADA.

‘If Congress considers the First Amendment Defense Act a priority, then I will do all I can to make sure it comes to my desk for signatures and enactment,’ Trump wrote to the American Principles Project in December.

Openly gay Congressman Sean Patrick Maloney of New York blasted the bill and the timing of the hearing to introduce it.

Openly gay Congressman Sean Patrick Maloney of New York blasted the bill and the timing of the hearing to introduce it.

‘Exactly one month after LGBT Americans were targeted and murdered in Orlando, rather than holding a hearing on a bill like the Equality Act to extend basic civil rights protections for LGBT people, these guys are holding a hearing on this horrible anti-LGBT legislation to fund discrimination – they should be ashamed,’ Maloney said in a statement.

He added: ‘It’s part of a greater pattern of the party of Donald Trump and (House Speaker) Paul Ryan deciding that certain types of people are worth less — LGBT people, women, people of color, and immigrants.’
Posted by Ulf Raynor at 5:30 PM