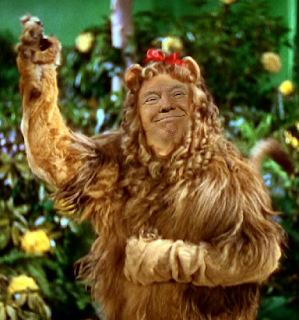 Donald Trump is not objecting to a GOP platform that is anti-gay marriage, pro-transgender discrimination and pro-conversion therapy.

Trump, the presumptive Republican Party presidential nominee, has said in recent weeks that he is better for the LGBT community than Democratic rival Hillary Clinton.

Then the GOP platform committee adopts a platform this week that even Log Cabin Republicans are calling the ‘most anti-LGBT … in the party’s 162-year history.’

‘I think what’s happening with the platform is very good. Do I agree with everything? Nobody ever has,’ Trump tells Fox News when asked about the anti-LGBT planks.

‘I am a representative of the party. Many of the things on that platform has been amazing! In fact some of them I was really surprised that we won, including very strong borders, et cetera et cetera. I mean, we won.’

Efforts by some members of the committee to include pro-LGBT language were rejected while nearly every provision passed that expressed the party’s disapproval of homosexuality, same-sex marriage or transgender rights.

The platform calls for overturning the Supreme Court’s landmark 2015 ruling on same-sex marriage with a constitutional amendment and there is also language that refers to ‘natural marriage’ between a man and a woman.

When it comes to anti-gay ‘conversion therapy,’ the platform states that parents should be free to make medical decisions about their children without interference.

There are also provisions promoting state laws putting limits on which restrooms transgender people can use.

The party will formally vote next week to ratify the platform.
Posted by Ulf Raynor at 4:55 PM

Trump's vague and contradictory answers are just mind boggling. Ariana Huffington said he was sleep deprived--I think he's brain deprived. His supporters will be very disappointed if he gets in the White House because the only one he is looking out for is himself. No former President will endorse him or even meet with him. No other billionaires of a Republican persuasion will endorse him either--no super pacs from Las Vegas have given him money. The Koch brothers wish he would disappear. And the waffling Speaker of the house will support him out of loyalty to the party--even after he told them to just be quiet and he did not need them. How can you support someone when you disagree with his rhetoric? Just because he is your party's presumptive nominee? Just because you hate Hillary Clinton? Mr. Ryan you are a coward. And you think you will be able to control him down the road--wrong again. Paul Ryan reads this blog doesn't he?