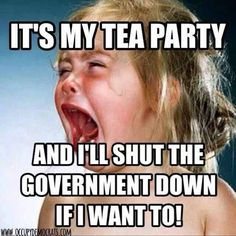 In an op-ed published Saturday, Jeb Bush blamed President Barack Obama for the GOP's lurch to the right on LGBT rights.
The former governor of Florida and 2016 Republican candidate for president said that he does not believe that Donald Trump, who is expected to be named the Republican Party's nominee for president at next week's GOP convention in Cleveland, “reflects the principles or inclusive legacy of the Republican Party.”


“As much as I reject Donald Trump as our party leader, he did not create the political culture of the United States on his own,” Bush wrote.
“Eight years of the divisive tactics of President Obama and his allies have undermined Americans’ faith in politics and government to accomplish anything constructive. The president has wielded his power – while often exceeding his authority – to punish his opponents, legislate from the White House and turn agency rule making into a weapon for liberal dogma,” a possible reference to recent guidelines developed by the Department of Education on transgender bathroom use.
Bush claimed that Obama's policies created a competitive atmosphere to “out-polarize” the president.
“In turn, a few in the Republican Party responded by trying to out-polarize the president, making us seem anti-immigrant, anti-women, anti-science, anti-gay, anti-worker and anti-common-sense. Unfortunately, the understandable anger and fear haven’t given rise to a resurgence of purpose in politics or renewed a debate in our party about how Republicans win back the White House with the power of our ideas.”
Bush also reiterated that he wasn't voting for Trump: “I haven't decided how I'll vote in November – whether I'll support the Libertarian ticket or write in a candidate ...”
“The Republican Party has always been the party of hope and optimism, of opportunity and liberty,” he concluded. “I'm confident we can be that party once again.”

Only problem is Jeb, that's a complete lie, it was the GOP's more radical evangelical nutcases that kept turning up the anti-gay animus, the liberal community did something different this time, we fought back.
Let us not forget, the gay community, at first wasn't pushing for full marriage equality, we sought the approval of civil unions and domestic partnerships, something, anything to help legally protect our partners, it was conservatives who upped the ante by passing state constitutional amendments forbidding any form of recognition.
It was the conservatives who refused to even listen too or discuss anything having to do with LGBT rights, just like they always have.
This is just the conservatives doing what conservatives do, being petulant little thin skinned snot nosed spoiled brats throwing a temper tantrum and insisting everything be done their way or they stomp their little feet, hold their breath and kick over the playing board.
Not this time asshole, maybe what all of you really need is to have your toys taken away and sent to bed without supper until you learn to play nice!
Posted by Ulf Raynor at 3:48 PM