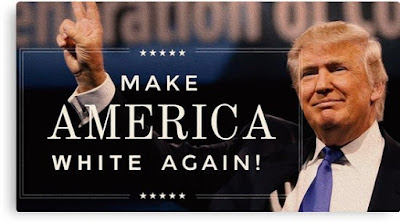 From Pink News:
Trump picked Indiana Governor Mike Pence to be his running mate yesterday. Pence stirred up international outrage last year when he signed the controversial ‘Religious Freedom Restoration Act’, which gives businesses the right to discriminate against gay people on the grounds of religion.
Earlier this year Mr Pence still appeared unable to answer when asked whether it should be legal to fire people because of their sexuality.
But that might not be where his controversial anti-LGBT connections end.
It has emerged that while running for the US House of Representatives in 2000, Pence made a shocking suggestion that HIV funding should instead be used to dissuade people from homosexuality.
On his 2000 campaign website, he wrote “Congress should support the reauthorization of the [HIV funding] Ryan White Care Act only after completion of an audit to ensure that federal dollars were no longer being given to organisations that celebrate and encourage the types of behaviors that facilitate the spreading of the HIV virus. Resources should be directed toward those institutions which provide assistance to those seeking to change their sexual behavior.”
In the same proposals, he wrote: “Congress should oppose any effort to put gay and lesbian relationships on an equal legal status with heterosexual marriage.
“Congress should oppose any effort to recognize homosexual’s as a ‘discreet and insular minority’ entitled to the protection of anti-discrimination laws similar to those extended to women and ethnic minorities.”
Meanwhile, Democratic hopeful Hillary Clinton laid into Pence in a different way – branding him “Donald Trump with a different haircut”.
Hillary for America said in a statement: “By picking Mike Pence as his running mate, Donald Trump has doubled down on some of his most disturbing beliefs by choosing an incredibly divisive and unpopular running mate known for supporting discriminatory politics and failed economic policies that favor millionaires and corporations over working families.
“Pence is the most extreme pick in a generation and was one of the earliest advocates for the Tea Party. He was the first of GOP leadership to join Michele Bachmann’s Tea Party Caucus.
“As governor, Pence personally spearheaded an anti-LGBT law that legalized discrimination against the LGBT community, alienated businesses, caused boycotts, lost investments and embarrassed Hoosiers– a law he was later forced to revise.
“Pence also personally led the fight to defund Planned Parenthood while serving in the House and fought to pass Indiana’s 2016 anti-abortion law, with some of the most outrageous restrictions in the country that threatened women’s privacy and limited their choice. And just like Trump, he’s been a long-time opponent of comprehensive immigration reform.
“Pence has been no economic leader or friend to the American worker. In fact, he wants to get rid of the very wages that make the middle class possible. Pence opposes raising the federal minimum wage and signed a law allowing skilled workers in Indiana to be paid less. Under his failed leadership, the incomes of Hoosiers have stalled at 38th in the nation.
“Voters deserve better than more of their divisive policies and ‘me-first’ economic proposals.
“This new Trump-Pence ticket stands in dramatic contrast to Hillary Clinton’s vision of our future – one where we are stronger together, where unity prevails over division and the economy works for all Americans, not just those at the top.”
Posted by Ulf Raynor at 4:40 PM