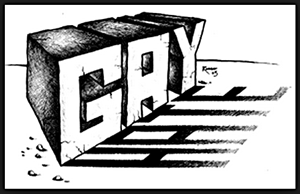 A US law enforcement official has said there is no evidence to say the Orlando shooting was a hate crime.

‘While there can be no denying the significant impact on the gay community, the investigation hasn’t revealed that he targeted Pulse because it was a gay club,’ they told the Washington Post.

The shooting killed 49 and injured 53 people attending a Latin night at the gay club Pulse, on June 13, in Orlando, Florida.
The official cited the lack of hard evidence to back up these claims. There was also apparently evidence he was cheating on his wife with other women.

Furthermore witnesses of the massacre said he didn’t shout homophobic abuse during the attack.

The investigation is ongoing.

Commissioner for the city Patty Sheehan has criticized some of the official responses to the massacre.

‘That’s what they want the narrative to be, and that’s nonsense. We need to have hate crimes on the books for LGBTs.’

Queer Nation NY, an LGBT activist group, has condemned the status of the FBI investigation into the Orlando Massacre.

The group argue the Orlando shooting was definitely a hate crime.

An FBI official told the Washington Post that ‘the investigation hasn’t revealed that he [Omar Mateen] targeted Pulse because it was a gay club.’ The FBI investigation is ongoing.

The attack killed 49 and injured 53 people attending a Latin night in gay nightclub Pulse, on June 13 in Orlando, Florida.

QN said they have ‘far more experience with hate crimes than the FBI’ and this was ‘clearly… an act of hate.’

They said: ‘Sadly, we have far more experience with hate crimes than the FBI, which rarely investigates such crimes, and we also know that law enforcement is notorious for resisting branding crimes as motivated by hate.

‘When a killer drives two hours out of his way to murder 49 people and wound another 53, that wasn’t a random selection. When he declares allegiance to an organization that is also known for killing LGBTQ people, among too many others, it’s not a coincidence that he targeted an LGBTQ club.

‘We’ve seen this before too many times so we know a hate crime when we see one—the Pulse Nightclub massacre was a hate crime. 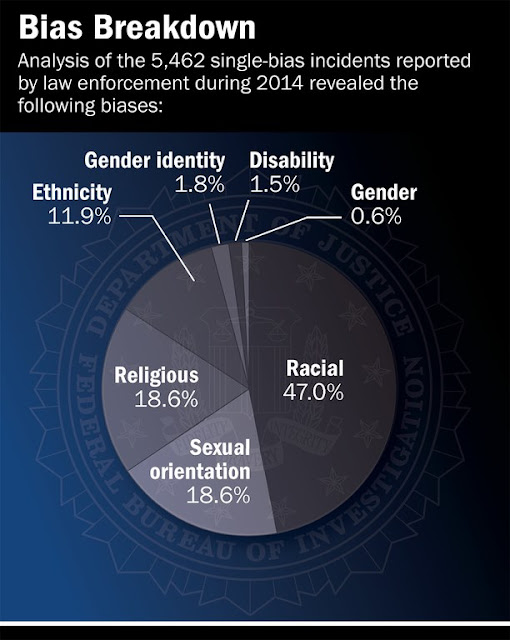 Keeping in mind, this very case is evidence of how difficult it is to get the FBI to label something an anti-gay hate crime, take special note of the anti-religious number as well.
I have seen this quoted on Christian blogs and sites as evidence of anti-Christian bias, truth be told, dig a little deeper and you discover that 90% of those religious based hate crimes are committed  against Jews, mostly by those identifying as Christian and/or Muslim.