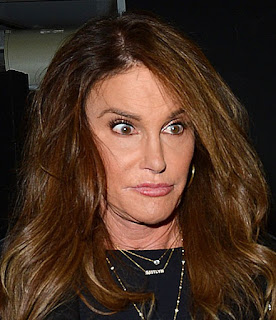 Republicans getting ready for their national convention, in Cleveland, should expect to see Caitlyn Jenner. She won’t be in the hall to see Donald Trump officially nominated as presidential candidate. However, the Olympic gold medalist will be in the Ohio city attending an LGBT brunch.

As reported by CNN the American Unity Fund, a conservative nonprofit advocating for  the LGBT community, is sponsoring an event called the Big Tent Brunch.

According to the group’s website the event, to be held at the Rock and Roll Hall of Fame, ‘will showcase conservative support for LGBT freedom and the urgent work still needed to bring full freedom and equal opportunity to all fifty states.’

Jenner issued the following, to The Daily Beast, on why she’s proud to attend:

‘The party conventions are like the political Olympics, and I’m excited to be headed to Cleveland to stand with my fellow LGBT Republicans and allies,’ she said. ‘As a proud Republican and transgender woman, I want to support courageous Republicans who advocate for LGBT freedom … I want to do my part to persuade more Republicans to support freedom for millions of LGBT Americans.’

While she is not attending the GOP presidential party, the reality star does have good things to say about her fellow reality star.

In early July, the presidential nominee flip-flopped. Now he supports HB2; Trump is also opposed to same-sex marriage, promising, if elected, he will appoint US Supreme Court justices  who would overturn last year’s landmark ruling that brought marriage equality to all 50 states.

Maybe after the tent revival, they'll all go out and beat up a few queers at the local gay bars.
Posted by Ulf Raynor at 5:45 PM

Well, considering we are down to only 4 or 5 "gay" bars here (that are empty most days) it would be pretty hard to beat up anyone. RNC might actually like the CLE as the LGBT community has fled this area! -Gregorio