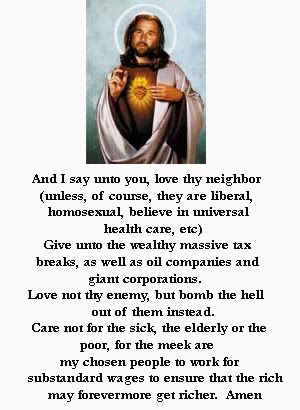 Roughly 75 opponents of gay marriage rallied over lunch in Orem, Utah on Wednesday.
The gathering, held at the local Golden Corral, was organized by the Utah Eagle Forum. Social conservative Phyllis Schlafly founded Eagle Forum in 1972. The national group claims of 80,000.
Speaking at the gathering were Utah Eagle Forum President Gayle Ruzicka, GOP Rep. LaVar Christensen and Utah County Clerk Bryan Thompson. Utah County was one of the last counties to begin issuing marriage licenses to gay couples after a federal judged on December 20 struck down Utah's marriage ban as unconstitutional.
On Monday – after 17 days of legal same-sex marriages – the Supreme Court issued a stay in the order as an appeal moves forward. Two days later, the administration of Governor Gary Herbert said it would not recognize the more than 1,300 marriage licenses the state issued to gay couples.
Thompson told the crowd that his decision to resist the judge's order was supported by Utah County officials, including its attorney.
“I was saddened, it got down to the point that it was just Box Elder County and I,” Thompson said.
Ruzicka fought back tears as she read the governor's announcement that the state would not recognize the marriages of gay couples. “Prayer and fasting really works!” she said.
“Activist judges that roam at will through their imaginations to interpret our Constitution, they're a great danger to our time,” said Christensen, who authored the amendment. “You do not go to a federal courthouse to get a marriage license. What does that tell you?”
Salt Lake City's Fox 13 anchor Max Roth tweeted a photo of a sample letter being passed around at the meeting on Republican State Senator Stephen Urquhart to withdraw a proposed bill which seeks to outlaw discrimination in the state based on sexual orientation and gender identity.
“We raise our voices in extreme rejection of the Anti-Discrimination Bill that you sponsored,” the letter reads in part. “God's word says he created man and woman in his image. Any confusion a man or woman has for their gender other than the gender that they were born with, is their personal weakness.”


“Deviant sexual life styles are immoral. We urge you to withdraw your anti discrimination bill and any further activity in that direction. We discriminate against immorality, theft, dishonesty, murder etcetera and as our representative in the Utah Senate your oath of office is to uphold the Constitution.”

Boldly confessing they impart these laws with a religious animosity and believe they have the right to oppress anyone who doesn't subscribe to their ideology.
How can the Supreme Court possibly justify their religion based animus?
Where is the freedom from religious persecution guaranteed by the constitution of the United States?
Posted by Ulf Raynor at 6:04 PM