Vladimir Putin: Gays Can Feel 'At Ease' At Sochi But Must 'Leave Children In Peace' 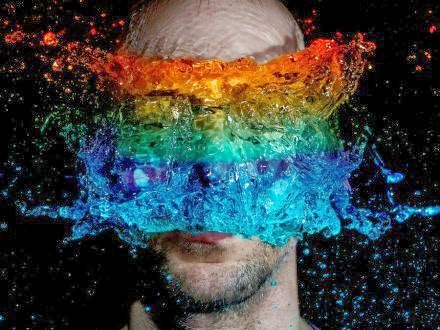 Responding to questions over an anti-gay law approved in June, Russian President Vladimir Putin on Friday insisted gays can feel “at ease” during the Sochi but added that they must “leave the children in peace.”
Russia's law prohibits the promotion of “gay propaganda” to minors, effectively shutting down pubic demonstrations of support for in Russia.
Speaking on Friday during a visit to Sochi, Putin insisted that gay people face no discrimination in Russia.
“We have no ban on nontraditional sexual relations,” Putin said. “We have a ban on propaganda of homosexuality and pedophilia, I want to underline that, on propaganda among minors.”


“We aren't banning anything, we aren't rounding up anyone, we have no punishment for such relations unlike many other countries,” he added. “One can feel relaxed and at ease, but please leave the children in peace.”

In other words, they will arrest anyone who does anything that appears to be of a homosexual nature...you know, like holding hands, kissing or saying your gay, in public.
Just don't *BE* homosexual and everything will be perfectly okay.
As for not having any criminal punishment; perhaps not, but then again, you don't need any, since you let hate groups and vigilantes freely attack, maim and kill anyone even suspected of homosexuality, without fear of reprisal by the government, who continue to insist this doesn't happen, or that the homosexual in question, asked for it.
I truly have a lot of fear for my gay brothers and sisters in Russia after the spotlight of the Olympics has passed.

This guy is a giant piece of shit!