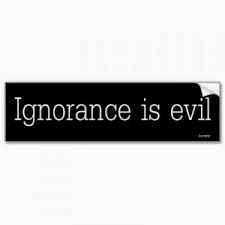 The archbishop emeritus of Pamplona, Spain, Fernando Sebastian, has labeled being gay a physical “defect” that can be cured.
Last week, Pope Francis named Sebastian a cardinal. He'll take up his post next month.
“Homosexuality is a defective manner of expressing sexuality,” Sebastian told daily Diario Sur, “because [sex] has a structure and a purpose, which is procreation.”
A gay person who cannot procreate “is failing,” Sebastian said.
Sebastian went on to being gay to his .
“Our bodies have many defects. I have high blood pressure,” he said.
He said that the comparison was not “an insult,” because it is “possible to recover and become normal with the right .”
Sebastian insisted his views are in line with those of the pope, who has said he is not in a position to judge gay people.


“It's one thing to be compassionate towards a homosexual person and another thing to morally justify the practice of homosexuality,” he said.

So, this Pope who supposedly is being more accepting of gays and trying to build a bridge between homosexuals and the Catholic church, has appointed yet another fag hater to a leadership role.
Are you still buying this mans bullshit?
Posted by Ulf Raynor at 5:33 PM