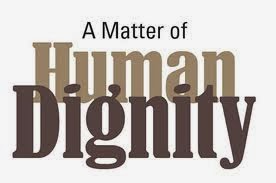 The president of a Seattle Catholic high school has resigned as students protest the school's decision to fire a gay vice principal who married.
According to the AP, Sister Mary Tracy's resignation from Eastside Catholic School is effective immediately.
“Sister Mary came to this decision after much and reflection,” school trustees said in an sent to parents and staff. “For Sister Mary it was a difficult but necessary decision so that a new leader can be brought in to ensure the entire Eastside Catholic community is on a positive path forward.”
Mark “Mr. Z” Zmuda, a popular teacher, coach and vice principal, lost his job on December 18 after school officials learned that he had married his longtime partner over the summer.
Students rallied to Zmuda's side, launching a campaign calling for school administrators to reconsider their decision.
According to Zmuda, Tracy told him that he could keep his job if he consented to divorce his husband.
Last week, supporters delivered a petition signed by more than 20,000 Christians.
“Please listen to the students at Eastside Catholic and reinstate their vice principal,” reads the petition addressed to Seattle Archbishop J. Peter Sartain. “If Pope Francis says he won't judge gays and lesbians, you shouldn't be firing them.”
In a written statement, Sartain defended the school's decision to terminate Zmuda.
“Catholic teaching in all its breadth is the hallmark of Catholic schools and we have a right and responsibility to help them uphold their principles and traditions,” Sartain said.


“Leaders of Catholic schools are charged with the responsibility of both imparting and modeling our teaching. The recent personnel decision by the board and administrators at Eastside Catholic regarding Mr. Zmuda was made after a great deal of prayer and consultation. In no way was their goal to be discriminatory to anyone but to be faithful to their mission as a Catholic school. The Archdiocese supports their decision. The decision has been misunderstood and mischaracterized by some, and we now have an opportunity to help our students learn even more about .”

I see, just saying there's no discrimination makes it the truth?  Yet Mr. Zmuda is still fired because he's gay and worse yet married (neither being a criminal act) so if it isn't discrimination what is it?
The Archbishop says the decision has been misunderstood and mischaracterized, but doesn't offer one word of explanation how, since the Church has done exactly what has been reported and the schools principle has publicly confirmed the events transpired and she was instructed to take the actions she took.
As for having an opportunity to help their students learn to be better bigots, good luck with that...I think, with the support they have shown Mr. Zmuda, that they have already learned a valuable lesson about Catholic teachings.