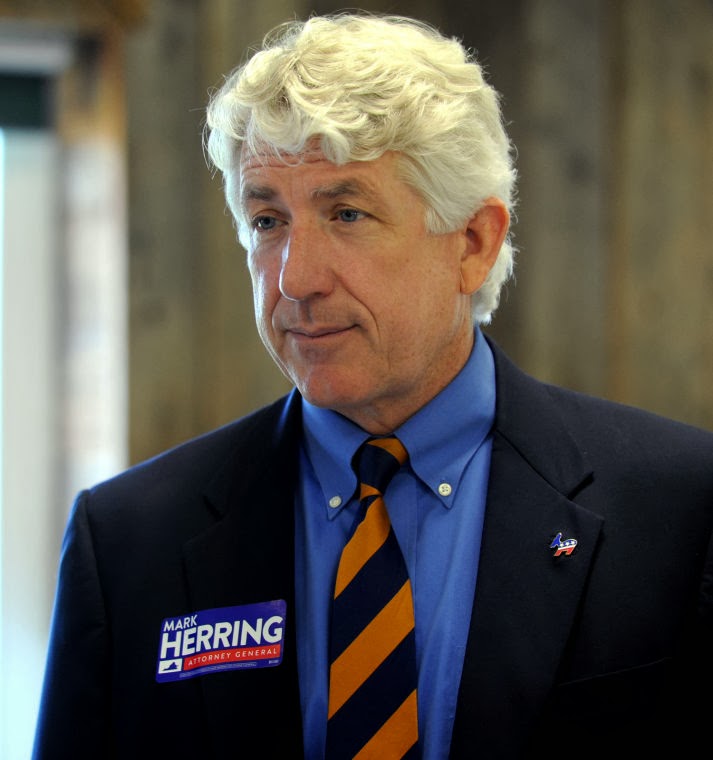 In announcing that Virginia will no longer defend its gay marriage ban in federal lawsuits, Attorney General Mark Herring said he was wrong to oppose marriage equality in 2006.
In what amounts to a seismic shift in the state's legal position, Herring, a Democrat, told reporters on Thursday that the U.S. Constitution trumps Virginia's Constitution.
“A state law and a state constitution cannot violate the United States Constitution,” Herring said. “And I swore a duty to uphold both and the Supreme Court is clear. The United States Constitution is the law of the land, the supreme law of the land.”
Victoria Cobb, president of the Christian conservative Family Foundation of Virginia, criticized Herring's decision, describing it as “frightening.”
“The decision by the attorney general is not surprising, but it is disappointing and frightening,” Cobb said in a statement. “It's disappointing that he wouldn't be clear about his intentions on this issue while campaigning for the office. More importantly, it's frightening that politicians like the attorney general feel that they can pick and choose which aspects of the Constitution they deem worthy to defend and .”
The reversal marks a dramatic shift for the state whose top elected leaders had previously strongly supported the ban. But Republicans were swept out of those offices in November.
Herring said his office would file a brief in of plaintiffs challenging the constitutionality of the state's 2006 voter-approved constitutional amendment limiting marriage to heterosexual couples. The case, Bostic V. Rainey, will have its first hearing next week.
As a member of the state Senate in 2006, Herring voted against marriage equality.
“As a legislator in 2006, I voted against the right of same-sex couples to marry,” Herring told reporters. “Even at that time, I spoke about the need to fight other forms of discrimination against Virginians based on their sexual orientation. But I was wrong to stop short of marriage equality.”
“You know, I have just come to the conclusion that I wouldn't want the state telling my son or my daughter who they can and cannot marry,” he added with a nod of his head.


Previous state attorney generals who have refused to defend such bans include Kamala Harris of , Lisa Madigan of Illinois and Kathleen Kane of Pennsylvania. North Carolina Attorney General Roy Cooper has said that he personally supports marriage equality but will defend the state's ban in court.
Posted by Ulf Raynor at 5:53 PM