Vladimir Putin: Russia Should 'Cleanse' Itself of Homosexuality 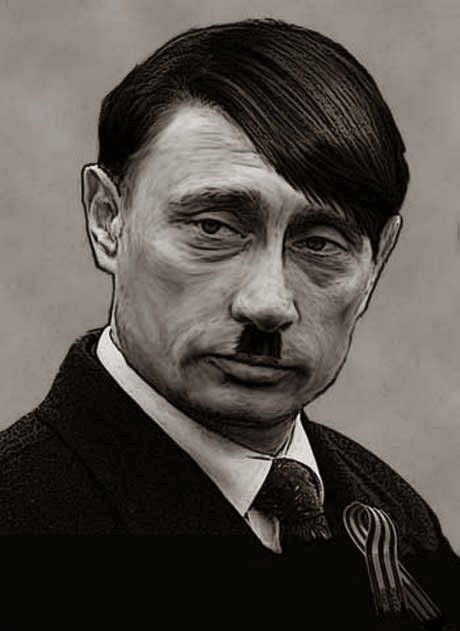 From The Towleroad:
The interview with George Stephanopoulos wasn't the only one Russian Vladimir Putin gave over the weekend, and in an interview with Russian and foreign television stations he offered more information about his views on gay people.
Putin believes that 'propaganda' can turn a child gay:

Putin refused to answer a question from the BBC on whether he believes that people are born gay or become gay. The Russian law, however, suggests that information about homosexuality can influence a child's sexual orientation.
He equated gays and pedophiles:

He said the law was aimed at banning propaganda of homosexuality and pedophilia, suggesting that gays are more likely to abuse children.
And, using more worrisome language, he suggested that Russia would benefit if the population were 'cleansed' of gays:


Making another favorite argument against homosexuality, Putin noted with pride that Russia saw more births than deaths last year for the first time in two decades. Population growth is vital for Russia's development and "anything that gets in the way of that we should clean up," he said, using a word usually reserved for military operations.
Posted by Ulf Raynor at 5:02 PM

We all know where this is going as soon as the olympics are over. I fear for our GLBT family there.