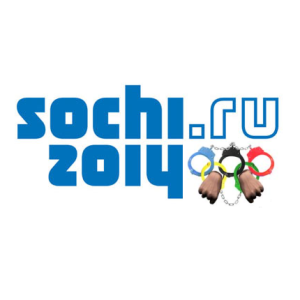 The world’s concern about terrorist activities at the upcoming Sochi Olympics has been a result of the media losing interest in the homosexual issue in Russia, Canadian IOC member Dick Pound told Metro.
“Nobody has got anything else to write about and for some reason as they have sort of moved away from the anti-gay stuff — I think it’s not the kind of attention that they wanted,” Pound said.

Pound said other countries have “far harsher laws” regarding homosexuals than Russia and little is written on that.
“In Malaysia, you can be put to death. In Nigeria, you can be put in for God knows how long,” Pound said. “So it’s a target of convenience with respect to Russia, not that I approve of the law, but putting it on a scale of 1-10 of odious laws, it’s not way up there near 10.”
Pound said much of the anti-Russia gay stand emanates from the United States, where, Pound says, only a handful of states allow same-sex marriage.

“So whose ox is getting gored here?” Pound said.

Sorry *Dick* the way I see it, those other countries aren't hosting the Olympics are they?
Just because things may be worse in other countries doesn't exempt this host country or the IOC from their flagrant homophobia!
It's like comparing the Spanish Inquisition against the Holocaust, just because the Holocaust was more brutal and despicable, it doesn't negate the pure, evil of the Inquisition.

Dick Pound has a long history: when he opens his mouth, a huge, steaming, stinking turd usually plops out. He's a privileged swine and doesn't appreciate anyone voicing a viewpoint that remotely challenges his worldview.