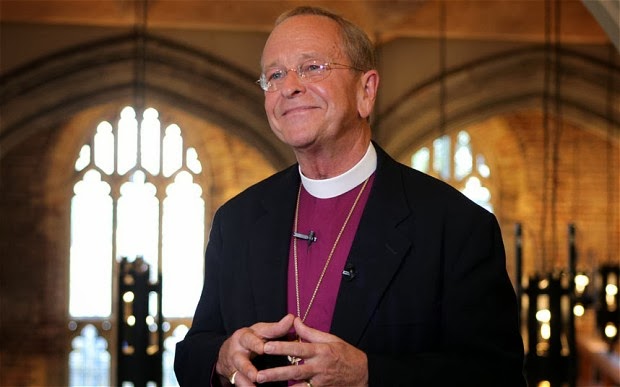 From the Huffpost:
Sincere and thoughtful people of faith disagree about homosexuality and its rightful recognition (or not) in society. Some people's understandings of God conclude that homosexual behavior is a sin, while others (myself included) believe that God's own love of diversity has resulted in God's creation of a certain minority of us who are emotionally and affectionally attracted to people of the same gender, and like the rest of creation, God has proclaimed "it is good."
It did not come as a shock to me when Gene Schaerr announced that he was leaving his law firm to assist the General of Utah in resisting the recent court decision that judged Utah's exclusion of gay and lesbian couples from the secular institution of marriage to be unconstitutional. As reported in Above the Law, and according to a firm-wide memo written by him, Schaerr says he left "to fulfill 'a religious and family duty' to defend 'the constitutionality of traditional marriage.'" (It should be pointed out that the constitutionality of traditional marriage is not at stake here, only whether or not gay and lesbian couples have the same constitutional right to marriage as do their heterosexual fellow citizens.)
He has every right to believe the way he does. People of faith are motivated - even compelled - by their faith, to do all sorts of things in the world (feed the hungry, clothe the naked, care for the sick, visit those in prison, advocate for the poor). Mr. Schaerr's Mormon faith compels him to fight for - in the secular courts - the understanding of marriage as only possible and legal between one man and one woman (although his Mormon history shows that this understanding of marriage as between a man and only one woman is a fairly recent development in Mormonism). I wholly his right to his own understanding of God.
However, -- and this is a big "however" - when Mr. Schaerr brings that motivation into the courtroom where laws are being made or changed, he must abandon his Bible and his Book of Mormon as the sources of reasoning about those secular laws, relying instead on the foundational documents of the nation, namely the Constitution. We don't live in a theocracy, where certain religious documents are the touchstones for what is good, right and just. Rather, we have a Constitution which bars the establishment of or preference for any one understanding of God. So while Mr. Schaerr has a right to express his religious beliefs and be motivated to take action in accordance with them, religious arguments against the right of same-sex couples to marry must be checked at the courthouse door.
The difference between one's own personal motivation and what may be appealed to in our courts is an important one. Both Mr. Schaerr and I are motivated by "love of God and love of neighbor," dictated by our respective faiths (and virtually every major faith on earth). But what counts under the law are "equal justice for all" and "equal protection under the law." Frankly, what God thinks, or rather, what any one of us might believe God thinks, is irrelevant to the secular argument about equal rights guaranteed by the Constitution.
We are seeing this distinction playing out in other court cases around the country, and in the Hobby Lobby and Conestoga Wood cases coming before the Supreme Court this spring. No one questions the right of Hobby Lobby's CEO or a group of Mennonites to oppose certain forms of contraception. The question is whether, in a civil and secular society, one person's version of what God wants trumps another person's right to reproductive healthcare. What mattered in the Supreme Court's overturning of key parts of the Defense of Marriage Act was not whether God approved of gay marriage or not, but rather whether the U.S. Constitution guarantees non-discrimination against any one, singled-out category of its citizens.
Many, if not most, lesbian, gay, bisexual and transgender people are religious too, despite what many organized religions have said about us, believing that we too are created in the image of God. Perhaps a bit of humility would enhance our discussions of these controversial matters if we all acknowledged that none of us know what God wants - we only know what we have discerned that God wants, based on our individual notions of God and our particular faith's historic understanding of God. And then, we go into society and its courts, arguing not from those understandings of God, but from the precepts of "equal protection under the law" promised in our secular interpretations of the U. S. Constitution. Mr. Schaerr has every right to his private faith beliefs, as do I. But we are both bound to argue the issue of gay marriage from the Constitution, not our sacred texts.

Gene Robinson is a Senior Fellow at the Center for American Progress, Washington, DC, and the recently retired Episcopal Bishop of New Hampshire.
Posted by Ulf Raynor at 5:14 PM