Cry me A River 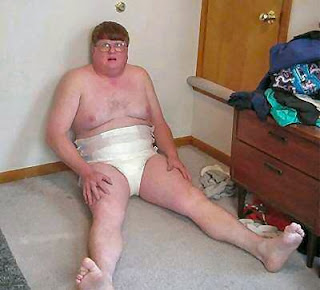 Washington County Probate Judge Nick Williams has asked the Alabama Supreme Court to protect him and other officials who object to issuing marriage licenses to gay and lesbian couples based on their religious beliefs.
Williams filed his request for protective order on Wednesday.


Williams' petition notes the plight of Kentucky clerk Kim Davis, who served a five-day jail sentence for refusing to comply with a judge's ruling ordering her to issue marriage licenses to all qualified couples. Davis has said that issuing marriage licenses to gay and lesbian couples would violate her conscience.
“The jailing of Kentucky clerk Kimberly B. Davis put at immediate risk the liberty interest of all faithful and religiously sincere public officials in Alabama whose office has responsibility for making decisions as to whether to give sanction and honor to homosexual relationships to include the issuance of a license to engage in sodomy,” the petition states.
Attorney Jack B. Hinton, who is representing Williams, told AL.com that the Supreme Court's ruling striking down gay marriage bans nationwide “effectively criminalizes” judges for their religious beliefs.
Randall Marshall, legal director for the ACLU of Alabama, called Williams' filing “the dying gasp of a probate judge.”
“Needless to say, from our perspective, this is the dying gasp of a probate judge,” he told the paper. “If public officials don't want to do their jobs, then they don't need to be public officials.”
Williams is among the more than half dozen probate judges who stopped issuing marriage licenses to all couples following the Supreme Court's decision.
In his petition, Williams called the Supreme Court's ruling “utter fantasy.”

is he aware that heterosexuals do sodomy too?

More importantly, if he's really read the Bible, why doesn't he know the word sodomy never appears in it?