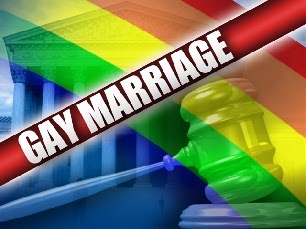 
In his ruling, Shelby declared Amendment 3, the state's 2004 voter-approved constitutional amendment which limits marriage to heterosexual unions, in violation of the 14th Amendment of the U.S. Constitution.


State officials also attempted to block the order at the appellate level, but the 10th Circuit Court of Appeals in Denver on Sunday and again on Monday denied an emergency temporary stay on the order as an appeal moves forward.


During a hearing that lasted more than 2 hours, Shelby questioned why the state waited to file a request for a stay.


The state said that it was “disappointed” and would immediately file a request for a stay with the 10th Circuit Court of Appeals.


On Monday, hundreds of gay and lesbian couples flooded county clerk offices to wed before Shelby's order is blocked. At least one county, Cache, closed its doors for the day.


At least for now, gay couples can continue to marry in Utah.