Neither Obama Nor Biden To Attend Winter Olympics In Russia 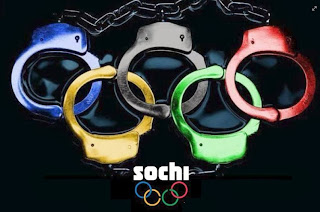 The White House on Tuesday announced that neither President Barack Obama nor Vice President Joe Biden will attend the Winter Olympics in Sochi, Russia next year.


The United States also won't send a former president or the first lady to the Sochi Games.


Instead, a presidential delegation, which includes two openly gay professional athletes, will represent the U.S.


“It's a positive sign to see openly gay representation in the delegation,” Michael Cole-Schwartz, spokesman for the Human Rights Campaign (HRC), the nation's largest LGBT rights advocate, told the AP. “Hopefully it sends a message to the Russian people and the rest of the world that the United States values the civil and human rights of LGBT people.”


Gay rights activists have urged leaders to boycott the games in protest of the nation's “gay propaganda” law, which prohibits public demonstrations of support for the LGBT community.


Tennis legend Billie Jean King is part of the five-member delegation that will attend the opening ceremony on February 7.


“I am equally proud to stand with the members of the LGBT community in support of all athletes who will be competing in Sochi and I hope these Olympic Games will indeed be a watershed moment for the universal acceptance of all people,” King said.


Hockey player Caitlin Cahow, a member of Boston Blades, is the other openly gay representative to the delegation. She'll attend the February 23 closing ceremony with four other members.