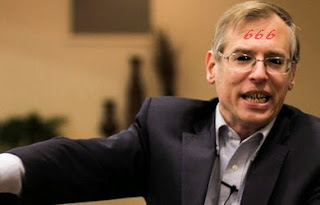 Pastor Kevin Swanson of Generations with Vision Ministry last week advocated the re-criminalization of gay sex, arguing that a law was needed to protect religious freedom.


In his Generations Radio broadcast, Swanson and co-host Dave Buehner criticized a ruling against a Colorado baker who refused to serve a gay couple.


Buehner wondered if forcing schools to “hire Jerry Sandusky when he's on parole” was far behind.


Swanson urged Christians to “impose God's laws upon our systems, especially our political systems” and lobby for the re-criminalization of homosexuality.


“God's laws require that we prosecute homosexuals who are caught in the act of homosexuality or the act of sodomy on the basis of two or three witnesses,” Swanson said. “If Christians would do that, if Christian pastors would do that then we would be able to hopefully press back the line upon those who are impressing their rights upon Christians, who really need that religious freedom.”
I think they should live by example and first pass judgment on each other based on Biblical law, such as:
"A man must marry and have relations with his dead brother’s wife" (Deuteronomy 25:5-6)
"A seducer must marry an unengaged virgin whom he seduces" (Exodus 22:16-17)
"A raped, unengaged virgin must marry her rapist and they can never divorce" (Deuteronomy 22:28-29)
"Bastards can’t enter the Lord’s congregation."  (Deuteronomy 23:2)
"Kill anyone with a different religion." (Deuteronomy 17:2-7)
There are tons more, so by the time they finish killing each other over their own inequities, according to Biblical judgment, there should actually be very few Christians left.
Posted by Ulf Raynor at 6:01 PM