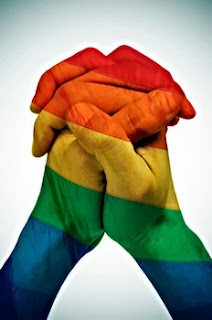 A New Mexico Supreme Court ruling handed down Thursday joins the state with 16 others and the District of Columbia in allowing gay and lesbian couples to marry.


The court in October heard arguments in a case that sought to clarify whether gay couples are allowed to marry in the state.


The case has its roots in Dona Ana County, where county clerk Lynn Ellins in August announced that New Mexico's marriage laws, which are phrased in a gender-neutral manner, do not prohibit gay couples from marrying and independently began issuing marriage licenses to same-sex couples. Seven counties, representing nearly 60 percent of the state's population, joined Dona Ana in issuing such licenses, some by court order.


The state's 33 clerks joined in asking the state's highest court to clarify the issue.


In its 31-page ruling, the court ruled that prohibiting gay couples from marrying “is not substantially related to the governmental interests advanced by the parties opposing same-gender marriage or to the purposes we have identified.”


“Therefore, barring individuals from marrying and depriving them of the rights, protections, and responsibilities of civil marriage solely because of their sexual orientation violates the Equal Protection Clause under Article II, Section 18 of the New Mexico Constitution.”


“We hold that the State of New Mexico is constitutionally required to allow same-gender couples to marry and must extend to them the rights, protections, and responsibilities that derive from civil marriage under New Mexico law,” the court added.


“As a state, we have always strived to treat all families with dignity and respect, and today's decision allowing loving, committed same-sex couples to marry continues that tradition,” Ives said. “The more than 1000 same-sex couples who have already married in New Mexico can now rest certain in knowing their marriages will be recognized and respected by our states.”