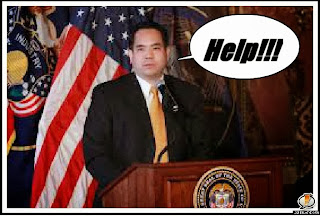 Key GOP lawmakers in Utah are on board with a plan to spend as much as $2 million in outside counsel to defend the state's gay marriage ban.


In 2004, 65.8 percent of voters approved Amendment 3, which prohibits the state from recognizing any union other than a heterosexual marriage.


U.S. District Court Judge Robert Shelby earlier this month declared the amendment invalid, which led to a rush of gay and lesbian couples marrying in Utah.


After the state was denied four requests for a stay by three judges, including two at the appellate level, it announced that it would hire outside counsel before asking the U.S. Supreme Court to block the ruling as an appeal moves forward.


“We need the best we can get,” House Speaker Becky Lockhart, a Republican from Provo, is quoted as saying by Salt Lake City's KSL TV.


Incoming Attorney General Sean Reyes met with House leaders on Friday to lay out his strategy.


“To go through the court process on an issue that on a 2-to-1 vote the people of our state felt was important to have in our constitution, I think is of value,” Lockhart said after meeting with Reyes.


Senate President Wayne Niederhauser, also a Republican, who has yet to talk with Reyes, has also signed off on the additional expenditure, at least in principle.


“This is a big deal for the Legislature and for Utah,” Niederhauser said. “We want the details, but my guess is that our body, the Senate Majority Caucus, is going to be very supportive of that idea.”


Republican Senator John Valentine agreed: “We should be paying for the best and the brightest. This is a case that is not only a historic precedent, but it's one that really goes to the core of what state's rights is all about.”


“Defending discrimination while spending millions of taxpayer dollars to do it is beyond explanation,” the group said in a statement. “It should be an affront to all Utahans that their hard-earned tax dollars – dollars that should be going into schools, roads or health programs – will instead be used to be on the wrong side of history.”


“It's time to end this waste of public resources and allow couples to continue experiencing the joy of marriage,” the group added.
Yup, that's exactly what Utahans need, their tax dollars wasted defending the indefensible.
I hope they spend all their money doing so, every last friggin' penny of it!
It's the only way to really hurt a republican bigot.