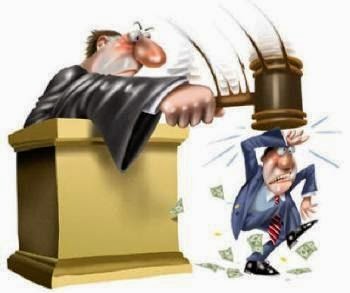 
And while lawmakers in Hawaii last year legalized marriage for gay couples, lawyers representing the Christian conservative Hawaii Family Forum asked the court to keep their case alive in hopes of reaching the Supreme Court.
Monte Stewart of the Coalition for the Protection of Marriage defended bans in Idaho and Nevada.
Stewart's argument that allowing gay couples access to marriage would weaken fathers' “commitment to abide by the child's bonding norm” was questioned by Judge Marsha Berzon.
“Has that happened in Massachusetts?” she asked, a reference to the nation's first marriage equality state. “My understanding is no.”
“What strikes me is that the train has left the station,” she added.
Stewart stated that Idaho had learned a “hard lesson” in allowing no fault divorce that it does not wish to repeat.
“Because Idaho injured the marriage institution once, no one should suggest that it thereby forfeit its right to say 'no' to what it sees as another injury,” Stewart explained.
“Well except for the difference being that in regard to no fault divorce you weren't using another group as a scapegoat for a message,” Berzon countered. “Including the children of those marriages who are being harmed. Who have two parents who would be potentially in a stable relationship and would potentially have the financial and other benefits of marriage. And essentially your thesis is to deny those children, leave aside the parents for the moment, those benefits in order to send some vague messages to other people.”
It was familiar ground for the court, which in 2012 narrowly declared California's gay marriage ban, Proposition 8, invalid.
But the legal landscape has shifted dramatically in the last two years. State and federal court judges have struck down bans in more than a dozen states since the Supreme Court last year decided the federal government must recognize the legal marriages of gay couples.
University of California, Irvine law professor Douglas NeJaime told the AP that “this [Ninth Circuit] panel seemed very skeptical of the arguments in favor of the bans.”
The court's actions are most pressing for Nevada.
Earlier this year, Nevada Governor Brian Sandoval, a Republican, withdrew the state's defense in the case less than a month after the court ruled it discriminatory to reject a person from a jury pool based on sexual orientation (SmithKline).
Tara Borelli, a Lambda Legal attorney representing the Nevada plaintiffs, stated that Stewart's Coalition for the Protection of Marriage does not have standing to request review from the Supreme Court, in the event plaintiffs prevail in the Ninth Circuit.
Posted by Ulf Raynor at 5:02 PM