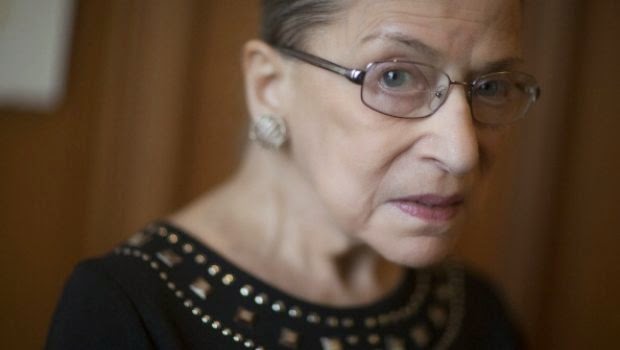 Justice Ruth Bader Ginsburg on Tuesday said a split among appeals courts would likely determine when the Supreme Court will take up the issue of state gay marriage bans.
Speaking 90 minutes to a University of Minnesota Law School audience, Ginsburg said the appeals court to watch is the Sixth Circuit, which is expected soon to rule on legal challenges to bans in Kentucky, Michigan, Ohio and Tennessee.


While three appeals courts have already upheld lower court rulings invalidating bans in Oklahoma, Utah, Virginia, Indiana and Wisconsin and the Ninth Circuit is widely believed to follow suit in cases from Nevada, Hawaii and Idaho, the Sixth Circuit has signaled it might uphold such bans.
Ginsburg said “there will be some urgency” if the Sixth Circuit splits off on its own.
There is “no need for us to rush,” she added, if the judges fall in line with other rulings.
Ginsburg also remarked on increasing support for gay rights.
“Having people close to us who say who they are – that made the attitude change in this country,” she said.
Posted by Ulf Raynor at 7:29 PM