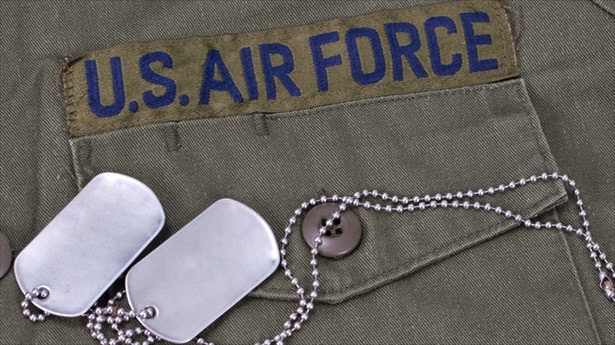 The form reads as follows:
“I, [insert name], do solemnly swear (or affirm) that I will support and defend the Constitution of the United States against all enemies, foreign and domestic; that I will bear true faith and allegiance to the same; and that I will obey the orders of the President of the United States and the orders of the officers appointed over me, according to regulations and the Uniform Code of Military Justice. So help me God.”
The American Humanist Association has taken up the case and is seeking a secular oath be employed for none religious service members.
The AHA said the airman crossed out the last four words in that oath, and was told Aug. 25 that the Air Force would not accept it for that reason. The airman was told his only options were to sign the religious oath section of the contract without adjustment and recite an oath concluding with “so help me God,” or leave the Air Force.
The AHA said that is unconstitutional and unacceptable and that Article VI of the Constitution prohibits requiring religious tests to hold an office or public trust.
The Air Force used to allow airmen to omit the phrase “so help me God” if they so chose. But an Oct. 30, 2013, update to Air Force Instruction 36-2606, which spells out the active-duty oath of enlistment, dropped that option. Since that quiet update to the AFI, airmen have been required to swear an oath to a deity when they enlist or reenlist.
The Air Force said last week that the change was made to bring its oath in line with the statutory requirement under Title 10 USC 502. The Air Force said it cannot change its AFI to make “so help me God” optional unless Congress changes the statute mandating the oath.

I'm willing to bet real money, that some evangelical fundamentalist Christian created this revision.
Clearly this is a violation of the young airman's constitutional rights, but let's face it, that hasn't ever stopped any religious zealot from thinking they have the *right* to violate any law that doesn't require everyone to think like they do and to obey their religion.
The truly sad part about this, the young man himself can't file a lawsuit, because as a service member, he's forbidden by law, to sue the federal government.
If I were him, I'd hold out, stand true to his convictions and once forced out of the military for not obeying, bring a lawsuit against the USAF and fucking rake them over the coals for this very clear violation of his constitutionally guaranteed right to freedom from religion!