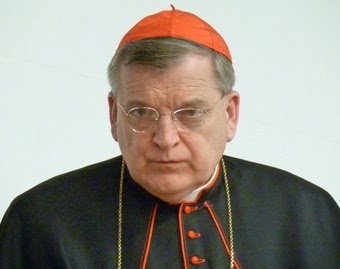 Cardinal Raymond Burke – who heads the influential Apostolic Signatura within the church – could be facing demotion to a ceremonial post, according to right-wing news organisation Brietbart.
Burke, who claimed anti-gay discrimination is “perfectly just and good”, said previously: “Sexual acts between persons of the same sex are intrinsically evil, are against nature itself.

“[Homophobia is] simply announcing the truth, helping people to discriminate right from wrong in terms of their own activities.”
According to the website, the Pope plans to appoint Burke as the head of the Sovereign Military Order of Malta – a role with little real influence within the Catholic church.
Posted by Ulf Raynor at 5:36 PM