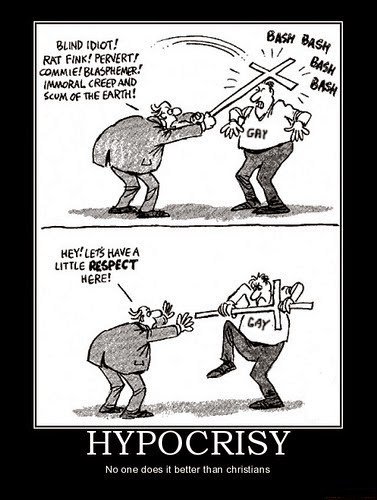 Anti-gay activist Ted Shoebat asked 13 bakeries to bake him a cake with the message “gay marriage is wrong.”
Shoebat called bakeries known for their support of LGBT rights and told each he needed a cake for an upcoming “pro-traditional marriage celebration.” When the bakeries refused – actually, one agreed and two said that they would sell him a cake but that he would have to add his own message – he immediate accused them of intolerance. He recorded the exchanges and posted the results on YouTube.


Shoebat managed to draw only one baker into a heated exchange: Hot Cookie, located in the heart of San Francisco's Castro district.
“Okay, we don't even make cake, we only make cookies, and we're also a gay cookie shop,” the woman who answered the phone said.
“Okay, would you make cookies that say, gay marriage is wrong?”
“No,” she answered.
“Oh, so you guys aren't for equality, then,” Shoebat said.
“I just feel like that's hateful and we're not about that. … I'm a married lesbian, so for me to say that homosexuality is wrong. Almost everybody here is married or in a serious gay relationship. The fact that you guys are trying to not let us get married is bullshit. … Did you choose to be straight?”
“No, because it's natural,” he responded.
“It's not a cake, it's a cookie. Do you want me to make you a cookie?” she asked.
“Well, would you make a cookie that says, gay marriage is wrong?” he asked.
“I mean, if you want to be ignorant and a bigot, then sure, I'll make it for you. I'll put a big dick on it, too.”
“Oh, my goodness, that's disgusting,” Shoebat cried out before moving on to the next call.
Shoebat equated the denials to Christian bakers who refuse to serve gay couples. However, most bakeries sell wedding cakes as part of their business, but most bakeries do not sell “gay marriage is wrong” cakes.
“In conclusion, here is our point. A Christian making a homosexual cake goes against his faith and a homosexual putting 'gay marriage is wrong' goes against his faith as well. Now of course we honor their right to say no, but what about honoring the Christian right to say no?” he wrote in a blog post.

What Shoebat fails to realize, in both instances, his viewpoint is one of pure bigotry, coming from a place completely devoid of compassion or love.
His analogy that the gay/gay supportive bakers were discriminating against Christians is a false one.
When the Christian bakers refused to make cakes for gay weddings, they did so from a place of religious animus toward gay people, in asking gay/gay supportive bakers to make anti-gay cakes is just them, once again, using religion based anti-gay animus and hoping it appears that gay people are the prejudicial ones.
In both instances they came from a place of hatred and disgust and using the moment to condemn gay people, just exactly how did they expect them to react?
A more accurate thing, to truly prove his point, would have been to ask gay bakers too make str8 wedding cakes...that, as we all know, happens in probably ever state of the union on a daily bases without animus or hatred directed at any str8, Christian couple.
Posted by Ulf Raynor at 3:46 PM