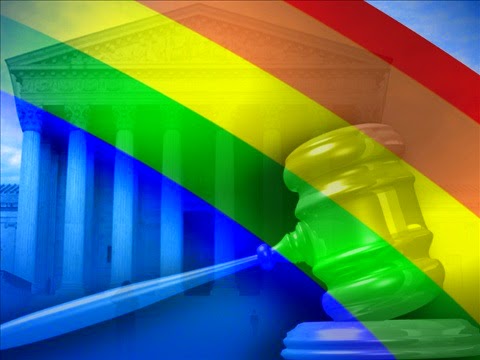 Florida's largest LGBT rights advocate has criticized a top law firm for advising clerks not to begin issuing marriage licenses to gay couples on January 6.
The Supreme Court on Friday refused to delay implementation of a federal judge's ruling striking down Florida's ban on gay marriage, removing the last obstacle for the ruling to take effect after January 5, when the current stay expires.


But the state continues to argue that gay couples will only be allowed to marry in the one county named in the lawsuit.
The law firm Greenberg Traurig advised clerks not a party to the litigation against issuing such licenses starting next month.
“The advice provided by Greenberg Traurig to our client, the Florida Association of Clerks and Comptrollers, addresses a Florida clerk's duties under existing Florida law, which prohibits the issuance of same-sex marriage licenses,” Hilarie Bass, the firm's Miami-based co-president, told the Miami Herald. “Current Florida law makes it a crime – punishable by imprisonment or a fine – to issue a marriage license to a same-sex couple. Greenberg Traurig is not advising the clerks as to the constitutionality of the Florida ban on same-sex marriage.”
Equality Florida criticized the memo, saying it had generated confusion and described it as an “exaggerated warning” in a statement.
“Clerks can stand in the doorway and try to block equality or they can welcome gay couples who have waited for decades for this moment,” said Equality Florida CEO Nadine Smith. “We expect every clerk to uphold their oath and protect the constitutional rights of gay couples seeking marriage licenses. No legal firm's memo overrides their clear legal obligation.”
Shannon Minter, legal director for the National Center for Lesbian Rights (NCLR), which represents plaintiffs in several cases challenging state bans, said that clerks who refuse to issue licenses risk costly litigation.
“Any Florida clerk who refuses to follow the Constitution's command and who withholds marriage licenses from couples once the stay expires is on the wrong side of history and the wrong side of the law,” said Minter. “A discredited memo from a law firm won't provide much protection against the risk of being sued for unconstitutional actions and being held liable for any damages – and attorney fees – incurred by couples as a result of withholding the freedom to marry. There is one Constitution, Florida is one state, and all Floridians are entitled to equal treatment throughout the state.”
Posted by Ulf Raynor at 5:13 PM