SCOTUS To Consider Whether To Hear Gay Marriage Cases January 9 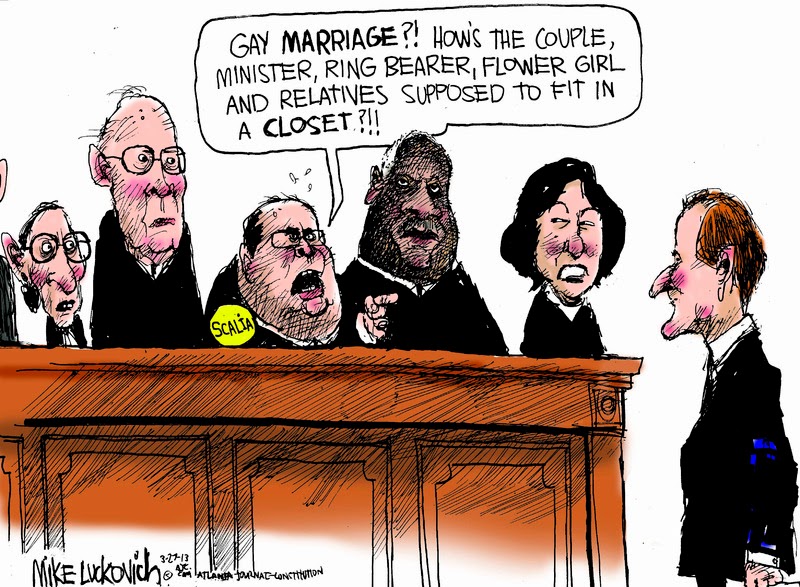 The U.S. Supreme Court on Friday, January 9 will consider whether to hear appeals in cases challenging gay marriage bans in five states.
National Center for Lesbian Rights (NCLR) spokesperson Erik Olvera told BuzzFeed News on Monday that the petitions will be considered at the court's January 9 conference.


NCLR is representing plaintiffs challenging Tennessee's ban.
Plaintiffs challenging bans in Kentucky, Michigan, Ohio and Tennessee had their lower court victories overturned by the Sixth Circuit Court of Appeals in Cincinnati, while a federal judge upheld Louisiana's ban.
The Sixth Circuit decisions were the first among appellate courts to rule that state marriage bans are constitutional.
Many analysts believe that while the justices have previously denied similar petition requests from other states, the Sixth Circuit's split compels them to consider one, several or all of the cases currently before them.
If accepted, arguments would be heard in the spring, with a ruling expected in June.
Posted by Ulf Raynor at 4:51 PM