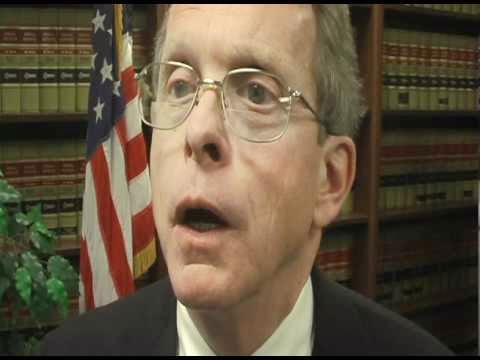 Ohio Attorney General Mike DeWine has asked the Supreme Court to uphold an appeals court's ruling that found Ohio's gay marriage ban to be constitutional.
Last month, the Sixth Circuit Court of Appeals in Cincinnati created a split among federal appellate courts when it upheld bans in Michigan, Kentucky, Ohio and Tennessee. Plaintiffs in each case have asked the Supreme Court to reverse the court's decision.


Plaintiffs in cases from Ohio and Tennessee are asking for their out-of-state marriages to be recognized on the state level, while plaintiff couples in cases from Michigan and Kentucky want to marry in their home state.
On Friday, DeWine asked the justices to accept one or several of the cases currently under consideration. (A fifth case from Louisiana is considered a long shot for Supreme Court review because an appeals court has yet to consider an appeal.)
“The country deserves a nationwide answer to the question – one way or the other,” DeWine, a Republican, wrote in his 34-page filing. “For its part, Ohio asks the Court to answer the legal question in favor of a dynamic view that permits the democratic debate over proper policy to continue now and going forward, rather than a wooden view that takes that policy question out of the hands of this generation and all future generations.”
“The Court should review a case (like the Michigan or Kentucky cases) involving whether the Fourteenth Amendment requires a State to license same-sex marriage within its borders. And it should review a case (like the Ohio cases) involving whether the Fourteenth Amendment requires a State to recognize out-of-state, same-sex marriages,” he added.

Okay, using his argument, let voters also decide on segregated schools, interracial marriages, women's right to vote, slavery and of course, let's vote on whether men should be allowed too marry women.
After all, in their day, all of these could have been considered state policy issues, some of us, just think it's called bigotry.