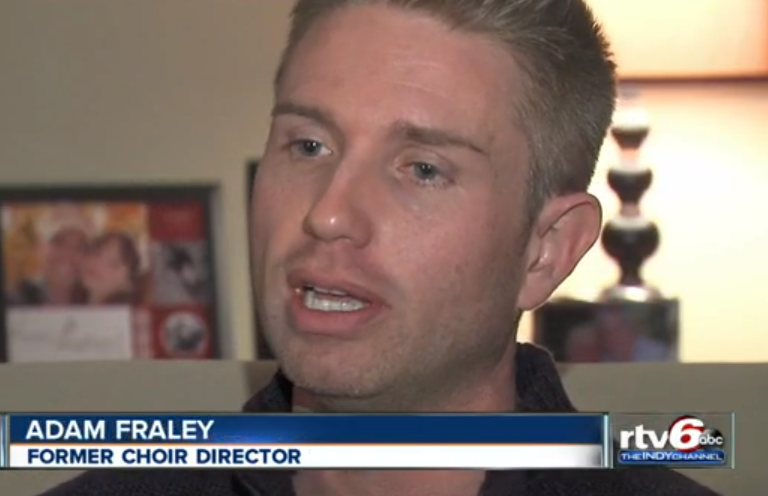 From Pink News:
The First United Methodist Church in Alexandria, Indiana, sacked music director Adam Fraley in January after nearly six years with the church.
Mr Fraley – who has a male partner – said his sexual orientation had not been an issue before, but after a new pastor took over, he was pressured to resign and was eventually sacked.
Less than a year later, the church has taken the decision to close – citing financial problems and falling attendance, after the congregation walked out en masse in protest at the sacking.

Pastor David Mantor blamed a “downward spiral” at the publisher, saying: “This is a problem that’s going on everywhere, and that’s why we’re closing.”
Of the mass walkout – which reportedly lost as much as 80 percent of the congregation – Mr Mantor claimed: “This closure is not due to that situation whatsoever.”
“My wife and I have been involved in ministry for years and years. We will follow where the Lord leads us.”

The Church will close on December 31.
Posted by Ulf Raynor at 5:35 PM

Sounds like a very sensible congregation. They should have ridden the new pastor out of town.