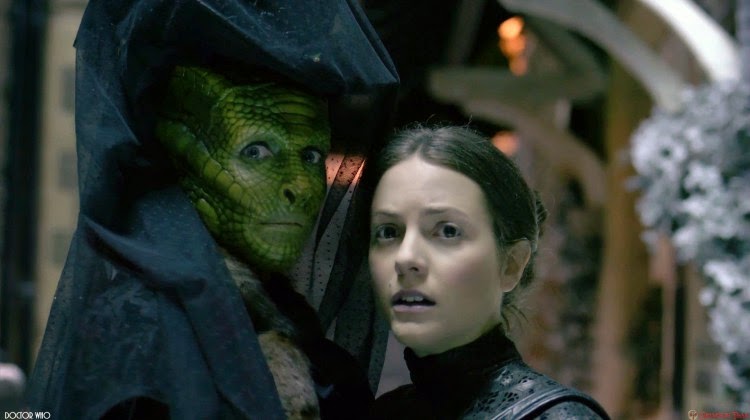 Among the complaints included in a report released Sunday is criticism that the long-running sci-fi drama Doctor Who is “promoting” a “gay agenda.”
The BBC Trust report details complaints received by the BBC spanning a period from February 2013 to September 2014.


Some viewers objected to a kiss between lizard-woman Madame Vastra (played by Neve McIntosh) and her human wife Jenny Flint (Catrin Stewart).
According to Pink News, the kiss was censored in Asia.
Doctor Who is also known for featuring the “omnisexual” character Captain Jack Harkness (John Barrowman.)
Theses complaints were among the 1,586 closed down by the broadcaster at an early stage, which represent roughly 10 percent of total complaints received.
“The complaints framework that the BBC Trust put in place in 2012 allows the BBC to close down, after an initial response, complaints that for example are hypothetical, use abusive language, fail to cite any evidence or breaches of the BBC's editorial guidelines,” a spokesman told the Independent.
Other complaints which fell into the same category include a viewer “unhappy” that the BBC did not include a “Christian point of view” in a discussion on how the moon was formed and that a popular sitcom was ridiculing tall women.

Actually, the characters didn't kiss, one was sharing air with the other.
But ya know, a hater gotta hate.
Posted by Ulf Raynor at 3:37 PM