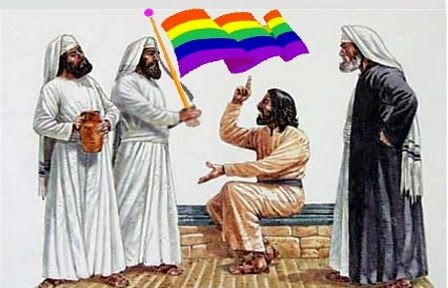 A group launched in September is working to “change the hearts and minds of evangelical Christians on the issue of marriage equality.”
Evangelicals for Marriage Equality (EME) was co-founded by Josh Dickson, a former deputy director of faith outreach at the Democratic National Committee (DNC), and Michael Saltsman, a vice president at a communications firm, and is based in Washington, D.C.


At its launch, EME attempted to run ads in three prominent Christian publications: Christianity Today, Relevant and World Magazine. All three rejected the ad.
“The reason is that the ad advocates a position that we have editorialized against,” Christianity Today said in its rejection.
The ad's text read: “You can be a devout, Bible-believing evangelical and support the right of same-sex couples to be recognized by the government as married. Our commitment to following Christ leads us to speak out for equal treatment under the law for others – whether or not they share our religious convictions.”
The group's spokesman, Brandan Robertson, shared Sunday in a Time op-ed that he met faithful gay Christians for the first time while attending college in Chicago.
“I had previously been told that such a person couldn't exist,” he said. “One could not embrace a 'homosexual lifestyle' while simultaneously claiming to follow Jesus Christ. And yet, time and time again, I encountered men and women who identify as LGBTQ and were still overflowing with love for Jesus.”
Robertson added that EME's “ultimate goal” is to “make room for my fellow evangelicals to be able to step out in support of marriage equality. It is my hope and prayer that through conversations and reexamining the words of Jesus that we can change the hearts of many evangelicals – in order to call us back to being people of good news and of unconditional love for all.”

I wish the EME the best of luck...they are definitely trying to swimming upstream on this one.
Posted by Ulf Raynor at 5:05 PM

You are so right ULf this is really going to be a hard job.My best to them.