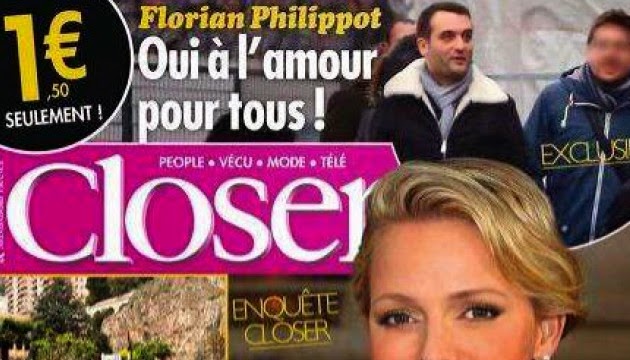 From Pink News:
Florian Philippot is the deputy leader of the FN – which was allied with the British National Party, and has been accused of fostering homophobic violence by aligning itself with aggressive anti-equal marriage factions and violent groups.
The French Closer magazine – which is a separate entity from the British version – is famed for its invasive exposes, printing topless photos of the Duchess of Cambridge Kate Middleton in 2012, and exposing President François Hollande’s alleged affair with an actress earlier this year.
This week, the magazine printed revealing photos of Mr Philippot being intimate with another man, taken covertly with a long-lens camera.
FN leader Marine Le Pen has spoken up to defend her deputy leader, saying: “This is a very serious infringement of an individual’s privacy. This type of behavior is unbearable – Florian Philippot is entitled to a private life as much as [President] Hollande.”

The far-right leader used the opportunity to call for greater press regulation, saying: “If these newspapers were condemned as they violate privacy, and fined corresponding to the money they have earned through this invasion of privacy, then they wouldn't do this. It’s that simple than that.
“It's profitability alone that allows these newspapers to carry out violations. If it was not profitable to do, believe me they would not.”
However, she has been joined by politicians from across the political spectrum in condemning the magazine – with David-Xavier Weiss, the National Secretary of the UMP, tweeting his disgust.

Socialist Nicolas Bays added that it was “unacceptable”.

I'm a firm believer that each gay man should have the freedom to come out on their own terms and in their own time.
But when a gay person uses his/her life to oppress other gay's, then they mark themselves as fair game.
They didn't choose to be gay, but they certainly chose to be an asshole.
Posted by Ulf Raynor at 5:13 PM