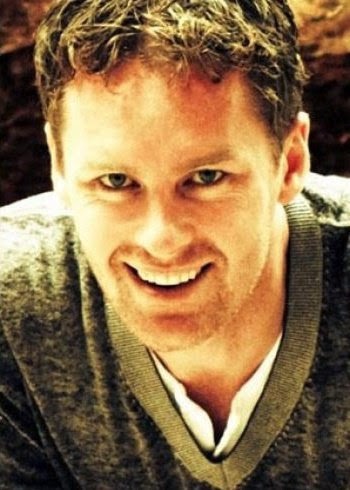 The gay manager of the café at the center of the Sydney hostage crisis has been hailed a hero for wrestling the gunman before he was shot dead.
Tori Johnson, 34, lunged at hostage-taker Man Haron Monis as he shot at several fleeing hostages at around 2am this morning, giving them time to escape.
Johnson was shot trying to take the gunman's weapon and died later in hospital. Barrister Katrina Dawson was also killed while shielding her pregnant friend and four others were injured. After hearing the gunfire, commandos stormed the café killing Monis and freeing the remaining hostages. Johnson was in a long-term relationship with his partner of 14 years, Thomas Zinn, who is being comforted with the deceased's family at the couple's home in Redfern.
'Police in Sydney have now confirmed to local media that the Lindt Cafe manager Tori Johnson died when he attacked the gunman, trying to wrest his shotgun away. This action almost certainly saved many lives,' said Don Baxter, adviser for international programs at the Australian Federation of AIDS Organizations.
'Gay Australians are comparing Tori's actions with those of Mark Bingham, who led the attack on the 9/11 plane heading towards Washington, bringing it down and thereby avoiding many more deaths.' Monis, a radical Muslim cleric from Iran, seized 17 hostages at Lindt Chocolat Cafe in Martin Place yesterday morning. Johnson had managed the coffeeshop since October 2012 and before that had worked at restaurants in Sydney and the US. He was the son of acclaimed Australian artist Ken Johnson and his former wife Rowena. 'We are so proud of our beautiful boy Tori, gone from this earth but forever in our memories as the most amazing life partner, son and brother we could ever wish for,' his parents said in a statement.
Posted by Ulf Raynor at 5:04 PM

I am trying to figure out why this post bothers me. There is the obvious, of course. This senseless tragedy. Lives lost due to a psycho. But. For equality, the orientation of any hero, is not the issue. The person was the hero. Knowing that gay or straight superman saved Metropolis is not important, Superman saved the city. To be truly equal, we know that sexual preference is just that. It does not define once it is respected. This post bothers me, I guess, because it exploits the sexuality of a hero, but it is not balanced and subjectifies the victim. There are wonderful gay people. There are evil gay people. I can now kinda see why they say there is a gay agenda. Because, I do not think his heroism is tied to his sexuality. It is separate, and distinct.

I can not and will not let your response go unanswered.
You are right in the fact it shouldn't matter that he was gay, but it *IS* important in this day and age, because gay people are still vilified, still looked down upon as something less than human.
The fact you DON"T understand the reason why it is important is exactly WHY IT IS!