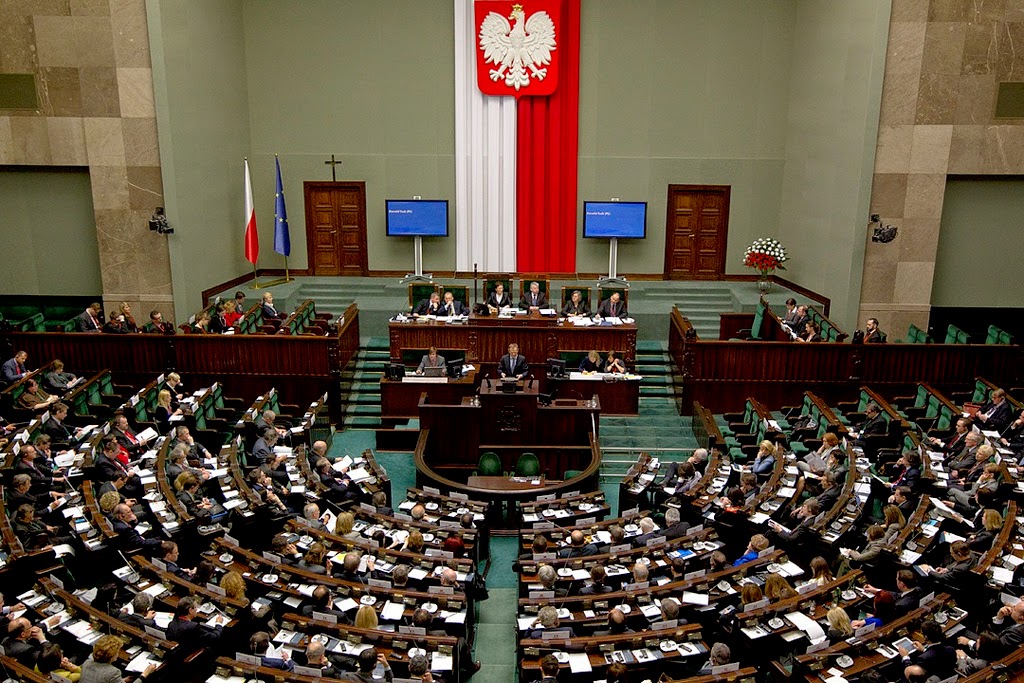 Polish lawmakers has voted against putting a gender-neutral civil unions bill on the agenda of this parliamentary session.
MPs on Wednesday (17 December) voted down the bill proposed by the Your Movement party by 235 ballots to 185, with 18 abstentions.
This is the third time parliament has rejected the legislation, which was first introduced in 2012. In January 2013, a draft bill for same-sex civil partnerships was thrown out by just 17 votes.
The bill includes a range of benefits which currently are only granted to married heterosexual couples, including protections and responsibilities, inheritance, pension funds, notary, and medical rights. Joint tax benefits and adoption rights are not included in the bill. Currently there is no legal recognition of same-sex couples in Poland. Article 18 of the Constitution of the Republic of Poland (1997) defines ‘marriage’ as a union of a man and a woman.
Posted by Ulf Raynor at 5:51 PM