A Bill By Any Other Name... 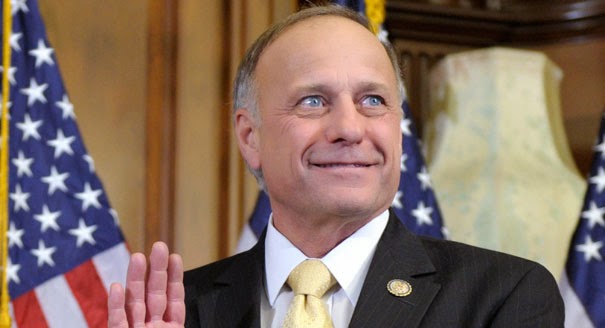 Out Congressman Jared Polis, a Democrat from Colorado, has responded to a Republican's anti-gay marriage bill with a proposal to “restrain” his ability to introduce legislation.
Iowa Representative Steve King, a vocal opponent of gay rights, last week introduced a proposal that if approved would prohibit federal judges from ruling over any cases involving marriage.


Polis responded to King's “Restrain the Judges on Marriage Act” with his “Restrain Steve King from Legislating Act.”
“For too long, Steve King has overstepped his constitutionally nonexistent judicial authority,” Polis said in announcing his legislation. “Mr. King has perverted the Constitution to create rights to things such as discrimination, bullying, and disparate treatment. These efforts to enshrine these appalling values as constitutional rights were not envisioned by the voters, or by King's colleagues who must currently try to restrain his attempts to single-handedly rewrite the nation's founding principles on a bill-by-bill basis.”
“I urge the House to bring this bill to the floor. If passed, my bill would preserve the right of millions of voters in all 50 states who would prefer that Steve King refrain from legislating a role for himself in their marriage decisions.”
In 2003, King compared gay men and lesbians to fairy tales: “Unicorns, leprechauns, gay marriages in Iowa – these are things you will never find because they just don't exist.” Iowa began issuing marriage licenses to gay couples in 2009.