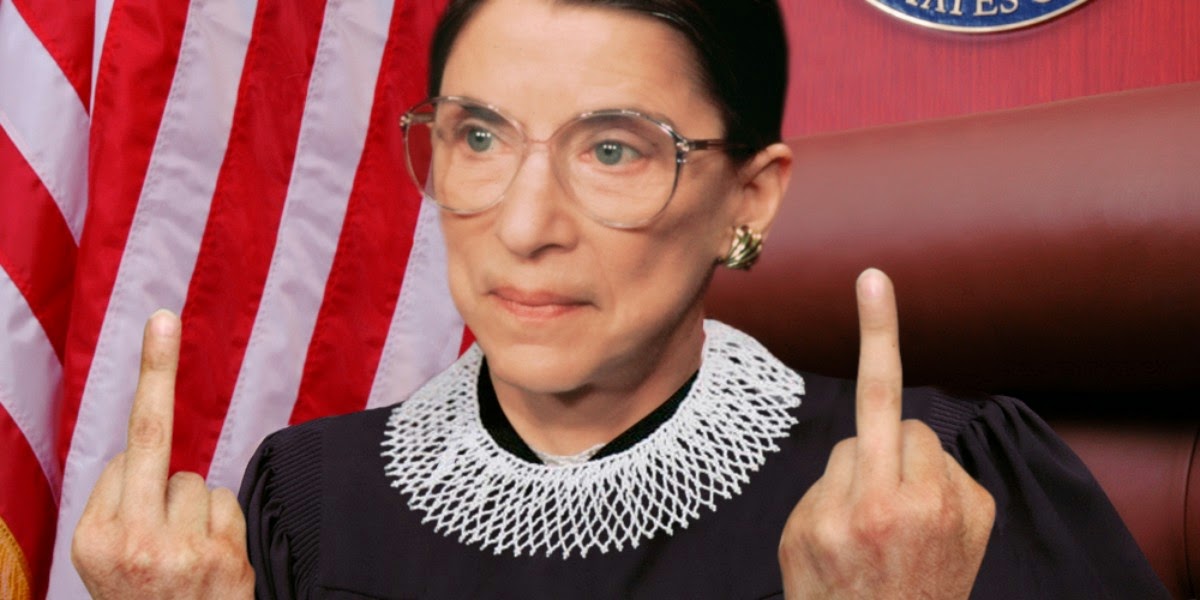 Justice Ruth Bader Ginsburg had the perfect response to every argument against gay marriage put forward at the Supreme Court on Tuesday (28 April).
The 82-year-old justice has become a liberal champion for her support of gay marriage and has been dubbed the 'notorious RBG' by younger fans.
First, Ginsburg promptly shut down the argument that the court does not have legal right to change a 'millennia' of tradition. 'Marriage today is not what it was under the common law tradition, under the civil law tradition. Marriage was a relationship of a dominant male to a subordinate female.
That ended as a result of this court's decision in 1982, when Louisiana's Head and Master Rule was struck down,' she said. 'Would that be a choice that state [still] should be allowed to have? To cling to marriage the way it once was?' 'No' was the monosyllabic reply from John Bursch, the lawyer representing the four states seeking to preserve their bans on gay marriage.
Then Ginsburg destroyed the argument that marriage is for procreation. 'Suppose a couple, 70-year-old couple, comes in and they want to get married?,' she said. 'You don't have to ask them any questions. You know they are not going to have any children.'
Next, Ginsburg dismissed the argument that gay marriage 'impinges on the state' and takes benefits away from straight couples. 'How could that be, because all of the incentives, all of the benefits of marriage affords would still be available,' she said. 'So you're not taking away anything from heterosexual couples. They would have the very same incentive to marry, all the benefits that come with marriage that they do now.' Case closed!
Posted by Ulf Raynor at 5:01 PM