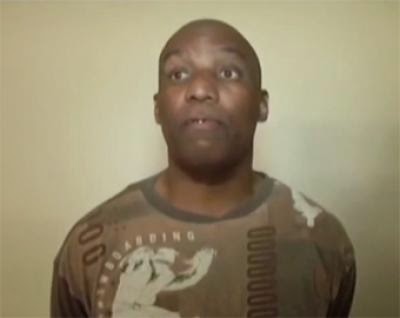 It turns out a Baptist pastor, who considers trans people to be sex offenders, is a violent rapist himself.
Acra Lee Turner, 60, is part of a group calling for a repeal of Eureka Springs, Arkansas' Ordinance 2223, which protects LGBTI people from discrimination.
He claims gay, and especially trans people, are dangerous pedophiles, violent rapists and 'sex offenders'.
In a newspaper ad placed by the group, they say: 'If you think tourists are going to be excited about even the possibility that their wives, daughters and girlfriends will be sharing a bathroom with a guy who decides he’s "transgender" just to have a little fun (or worse) at the ladies’ expense, you don’t know tourists and you don’t know sex offenders.'
And in a video, starring Turner, he claims LGBTI people 'are not lynched, no one is forcing them to sit at the back of the bus'. 'This is not a human rights issue, this is a human behavior issue,' he says. 'Nothing against the gays, I love 'em, but as far as the law itself I don't feel like it's a very good law.'
The city will vote on the ordinance on 12 May.
Turner was convicted of three counts of rape in Oklahoma and sent to prison in 1977. It was found, as a 22-year-old man, he raped an 80-year-old woman who was beaten so badly by him she was unrecognizable. He was released in August 2000.
This is even though the son of the his victim called for Turner to stay in prison, blaming him for his mother's deteriorating health and death after she was raped. The pastor admitted to the crime to the Arkansas Times, claiming God has turned his life around. 'All that does is just show the same thing I show now: How God can change a man's life,' he told the newspaper. 'That's 40 years ago. That's behind me.' He added: 'Whatever comes, it's not up to Eureka Springs to forgive me. Eureka Springs has their own problems.'
Posted by Ulf Raynor at 5:46 PM