Gay and bisexual men who are married to women have filed a brief with the Supreme Court arguing against same-sex marriage. 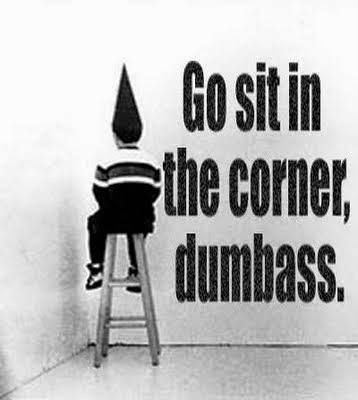 Gay men who are married to women have filed a brief with the Supreme Court arguing against same-sex marriage.
The men and their wives claim that to recognize same–sex marriage would devalue their own marriages. They argue that accepting same-sex marriage would mean gay people would be forced into gay marriages, when they should be free to consider “man-woman marriages”.
The brief states: “Why would almost two-thirds of bisexual adults with children and more than a fifth of gay or lesbian adults with children elect man-woman relationships, principally man-woman marriage?
“While in times past such relationships were often the only legal and culturally acceptable options, in today’s welcoming climate, the decision of same-sex attracted men and women to marry, and remain married, to opposite-sex spouses is a testament to the uniqueness of man-woman marriage as a familial relationship.
“The institution of man-woman marriage is unique because of its procreative power and complementary capacity.”:
The brief includes testimonies from gay and bisexual men who are married to women, and their wives, about how glad they are to be married to each other. One man said: “I have abilities my wife came to rely on and I was no substitute for her natural talents as a woman in her care for our children.
“I know how important it is for children to be raised in a home with both a father and a mother who love them and are committed to their success.”
Ultimately, the brief concludes: “Striking down man-woman marriage laws on the basis of constitutional discrimination would thus send a message to the same-sex attracted that there is only one choice for them, that man-woman marriage is unattainable, that they are acting against their nature for desiring it, and that pursuing it will be dangerous for them, their spouses, and their children.”

Since a new study has shown that 88% if bisexual males only do opposite sex relationships and that only 8% out of the left over 12% admit to being in same sex relationships, this kind of homophobia from the bi-male community doesn't surprise me.
As for those gay men that entered into opposite sex relationships and now think they should be able too dictate to the rest of us about who we can love, marry and build families with just because they (for whatever reason) "chose" to be in those relationships, all I can say, is go lick your wife's pussy and pretend her clit is a really little dick and leave the rest of us "real" gay people to love and marry who we want.
I know, I sound intolerant of their intolerance but I equate these idiots with Jews who support Hitler.

Sounds like sour grapes, to me. I've always tried to be 'open mined' about bisexuals --but this doesn't help their cause.

For what its worth, those have to be the stupidest legal arguments I have ever heard!

The seem unable to understand that increasing options for some does not decrease them for others.

Their logic is horribly flawed.
Sflthrcub